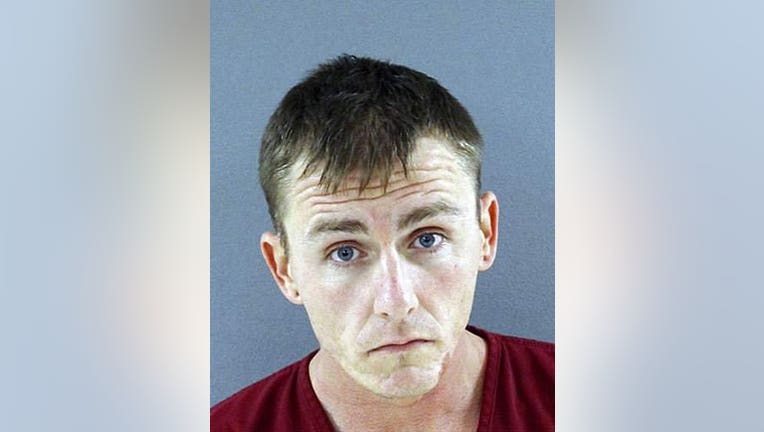 This photo released by the Knox County (Tenn.) Sheriff's office, shows suspect Michael Scott Wilson. Wilson is accused of rigging the front door of his estranged wife's apartment in an attempt to cause great bodily harm, according to Flagler County,

PALM COAST, Fla. -- A Florida man is accused of rigging the front door of a home in an attempt to electrocute his estranged pregnant wife.

In a Facebook post Friday, Flagler County Sheriff Rick Staley called the case one of the "most bizarre domestic violence cases" he's seen.

Officials said 32-year-old Michael Scott Wilson was arrested Thursday in Knoxville, Tennessee, and charged with attempted aggravated battery on a pregnant woman and grand theft of a firearm.

He's being held on a $150,000 bond and will be extradited to Florida. It's unclear if he has an attorney.

The woman's father called deputies after Wilson made suspicious statements about keeping children away from the door.

Deputies found the front door barricaded, with burn marks. When a deputy kicked the door, a large spark was observed.