A man has been charged with first-degree murder for reportedly killing his stepfather near Lake Kapowsin.

PIERCE COUNTY - A man has been charged with first-degree murder for reportedly killing his stepfather near Lake Kapowsin.

According to the Pierce County Sheriff's Office, deputies responded about 2 p.m. Thursday to a 911 call saying someone had been killed at a home in the 18400 block of Elkhorn Boulevard East. A neighbor said 43-year-old Ryan Harris called him and said he killed his stepdad.

Deputies who went to the home didn't find anyone, but the victim's vehicle was missing. There was also blood found in a shop on the property. 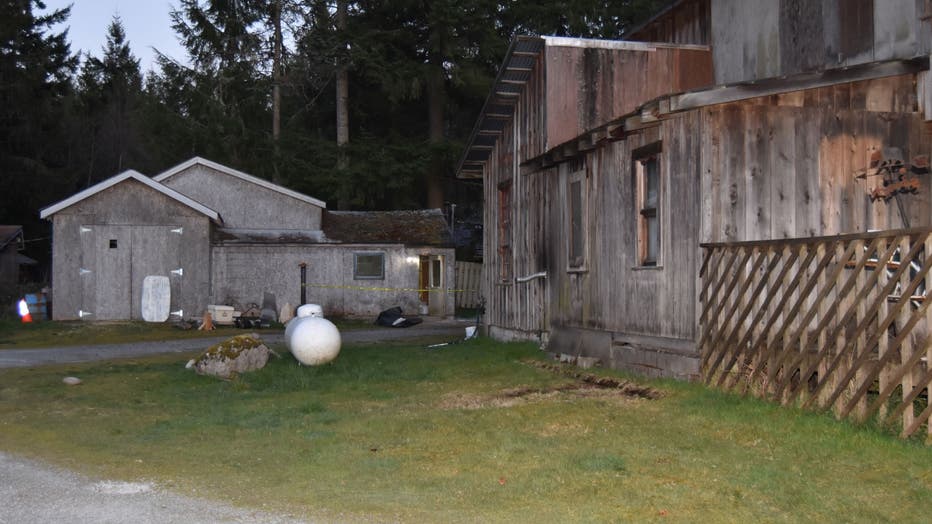 Harris reportedly told the neighbor that he and his stepfather got into an argument in the wood shop and that his stepfather threw a hammer at him and hit him in the face. He said he went into the house, grabbed his stepfather's handgun and shot him.

The neighbor said that Harris had been living with his mother and stepfather for the past five years.

A few hours later, a detective spotted the victim's vehicle in South Hill. Harris was in the vehicle without his stepfather.

Detectives later searched the home after getting a search warrant and reportedly found the stepfather's body hidden outside.

Harris was booked into the Pierce County Jail for first-degree murder.