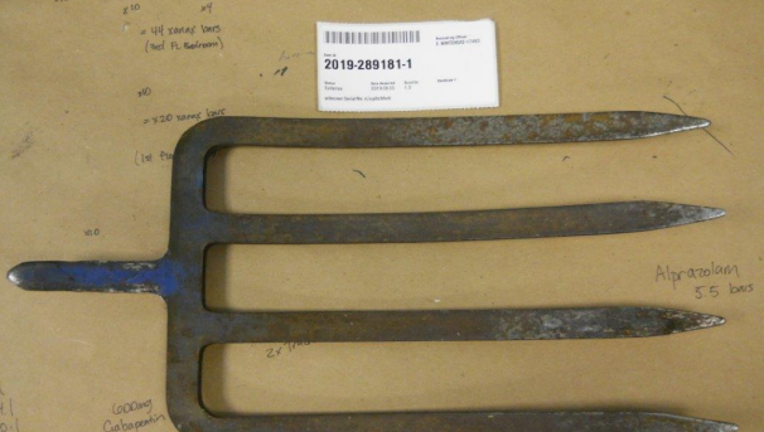 SEATTLE -- Authorities say a 28-year-old man is facing charges after attacking a woman with a pitchfork outside a Seattle post office.

The attack happened Aug. 5 on 17th Ave NW in Seattle's Ballard neighborhood.  Police say the woman was sitting in her car after leaving the post office when the man approached her and shut the car door on her leg.

He's then accused of using a pitchfork to try to stab her in the leg, chest and neck as the woman used her purse to try and shield herself, police said.

Several people rushed to stop the attack as the woman screamed for help, police said.  The man allegedly threatened another person with the pitchfork while he was attempting to flee, but other bystanders subdued him until police arrived, according to court documents.

Officials say the man had been released from jail in Tacoma just a few days before the attack. He pleaded guilty to misdemeanor assault in that case.

He also admitted to investigators that he had used meth before the assault.