WEST PHILADELPHIA - Police say a 27-year-old man armed with a knife was shot and killed by two officers in West Philadelphia.

It happened on the 6100 block of Locust Street around 4 p.m. Monday when officers were called to a home on the block for a man with a weapon.

“They were immediately met with a male who was carrying a knife. Several times they asked the male to drop the knife. They ordered him to drop the knife and he continued to follow them around several vehicles that are over there,” Philadelphia Police Sgt. Eric Gripp said.

According to police, the man was later identified as Walter Wallace Jr., Video on social media shows Wallace’s mother chasing after her son asking police not to shoot.

In the video, two officers are seen trying to get Wallace to drop the knife. As he walks around the car, he raises his hand. Both officers open fire, shooting at least 14 times.

Wallace was shot in the shoulder and chest. One of the officers then put him in a police vehicle and drove him to a hospital, where he was pronounced dead a short time later.

"All I hear is don’t shoot. Don't shoot. They didn’t have to shoot. They could have hit him with a taser," Wallace's relative Rodney Everett said.

Philadelphia Police Commissioner Danielle Outlaw said the officers did not have tasers. 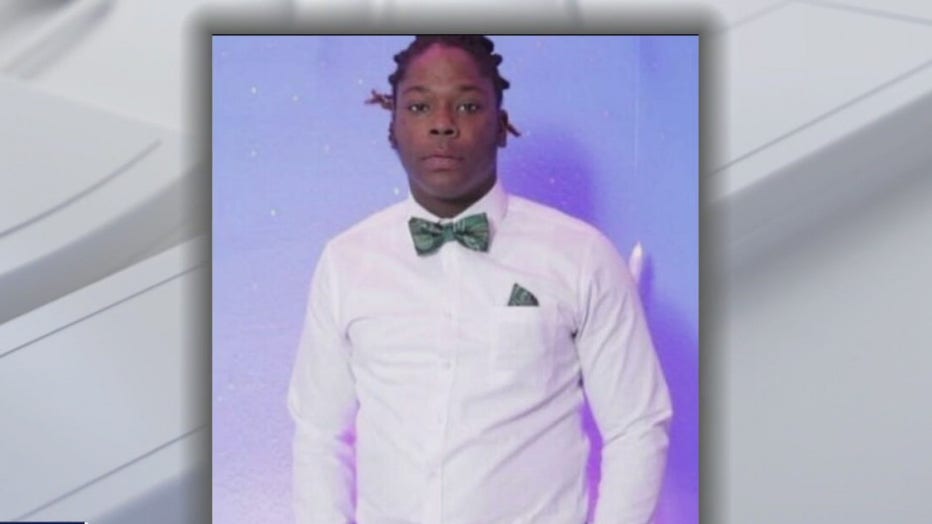 Demonstrators took to the streets Monday night in protest of how police handled the situation, and those demonstrations soon turned violent, injuring 30 police officers. Dozens of arrests were made as police reported vandalism and looting at local businesses.

Wallace family attorney Shaka Johnson told FOX 29 that the man had been dealing with mental health issues. He added that police were notified upon their arrival that Wallace was experiencing a crisis. According to Johnson, the family requested an ambulance and are unsure why police arrived instead.

Mayor Jim Kenney says he spoke with the family Monday night. He adds there will be a full investigation into the shooting.

“My prayers are with the family and friends of Walter Wallace. I have watched the video of this tragic incident and it presents difficult questions that must be answered. I spoke tonight with Mr. Wallace’s family, and will continue to reach out to hear their concerns first-hand, and to answer their questions to the extent that I am able. The Officer Involved Shooting Investigation Unit of PPD will conduct a full investigation. I look forward to a speedy and transparent resolution for the sake of Mr. Wallace, his family, the officers, and for Philadelphia," he said in a statement Monday night.

"The Philadelphia District Attorney’s Office takes its obligation to try to be fair and to seek evenhanded justice seriously. The DAO Special Investigations Unit responded to today’s fatal shooting of a civilian by police shortly after it occurred, and has been on scene with other DAO personnel since that time investigating, as we do jointly with the PPD Officer-Involved Shooting Investigation Unit, in shootings and fatalities by other means involving police. We intend to go where the facts and law lead us and to do so carefully, without rushing to judgment and without bias of any kind."

The names of the officers who fired the shots were not immediately disclosed. Both were wearing body cameras and were taken of street duty pending the investigation.

A GoFundMe has been set up for the family. If you wish to donate, please click here.

FOX 29's Chris O'Connell has the latest from West Philadelphia.