SEATTLE -- The massive mammoth tusk discovered in downtown Seattle and estimated to be at least 16,000 years old is about to go from a private land to a public museum. The land owners have decided to give the rare find to the Burke Museum. 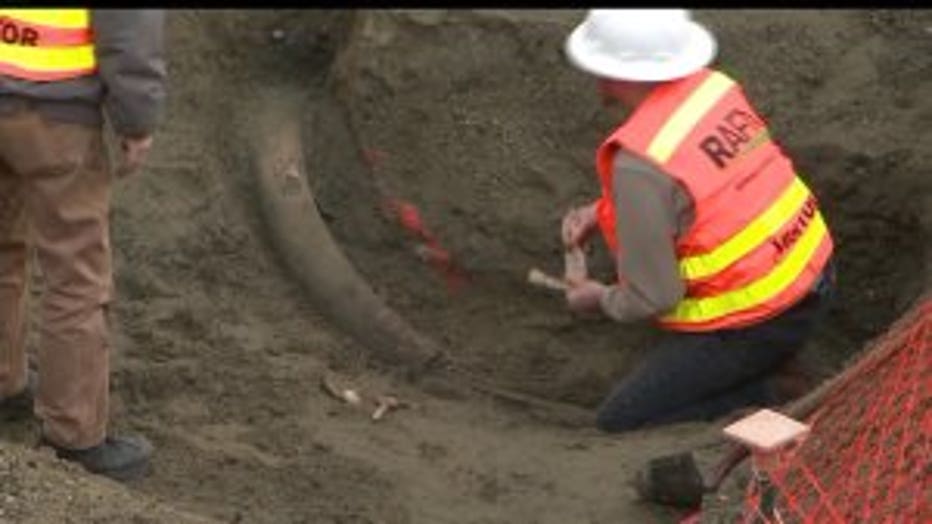 So far the tusk is estimated to be about 7 feet long and 500 pounds; it is by far the largest mammoth tusk ever unearthed in the Seattle area.

Curiosity has people flocking to a construction site.

“To have it in the middle of the city it is pretty cool,” Seattle resident Perry Atkins said.

Kids nearby stopped and stared. They yelled “Dig it up, dig it up.”

Construction workers digging at the site of a future apartment complex discovered the mammoth tusk on Tuesday.

“At first, of course, there is always nervousness of a find like this and what impact it might have on the construction project,” said Scott Koppelman of AMLI Residential, the property owner.

Now crews are digging for another reason.

“The benefits of this amazing find to science and education far outweigh the cost of the time delay,” Koppleman said. 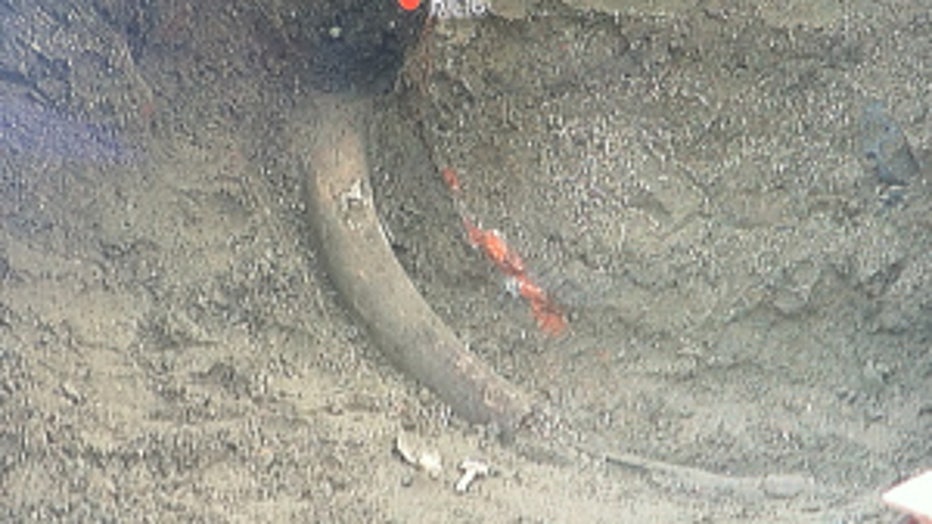 The museum believes the fossil is likely a tusk from a Columbian mammoth (Mammuthus columbi). It appears to be the most intact and largest tusk found in Seattle.

Dr. Christian Sidor, curator of vertebrate paleontology at the Burke Museum, said, "Since the tusk is on private property, it could have ended up in a private collection.  We are very fortunate that AMLI contacted us to remove and care for the tusk.  Their decision to do so provides us and the general public with a great opportunity to learn more about mammoths in this area.”

Sidor said that visible at the construction site is a “marker horizon,” a blue-black layer that has a relatively well-understood age. Because the fossil is located approximately two meters below it, he said, Burke paleontologists estimate that the tusk is at least 16,000 years old, but could be up to 60,000 years old. Carbon dating the specimen would provide a definitive age.

For the first time, paleontologists on Thursday afternoon carefully started excavating and measuring the fossil lodged 30 feet below the surface.

“It is very rare to get the tusk in the relationship to the lake, in relationship to all the other sediments going on, this became a much bigger picture than a single tusk,” Sidor said. 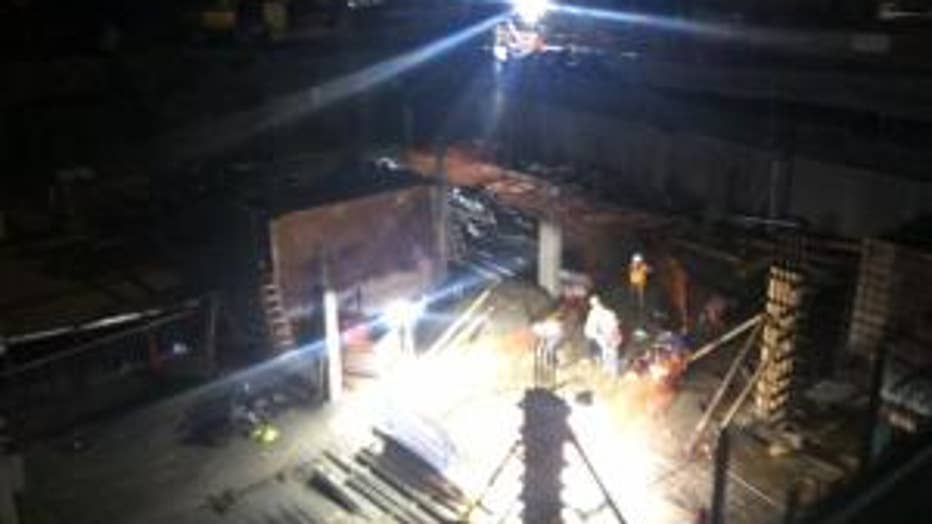 They wonder if there could be even more than one tusk. But they're not holding their breath.

“It would be a tremendous find; I wouldn't count on it, it`s a rare find,” Sidor said.

Crews plan to put the tusk on a pedestal and cover it up with plaster before they pull it out of the construction pit using a crane.

They expect to lift the fragile piece of history by Friday afternoon.