SEATTLE -- Museum paleontologists watched as a 8 1/2-foot ice age mammoth tusk believed to be at least 20,000 years old was lifted out of a construction site in Seattle Friday and sent off to the Burke Museum for examination and preservation. No other bones or fossils were found, officials said.

"Last night, a team of four Burke Museum paleontologists led by Dr. Christian Sidor, curator of vertebrate paleontology, worked until midnight on the site," the Burke Museum and AMLI Residential, land owner of the site, said in a statement earlier Friday. "The tusk is 8.5 feet long – the largest and most complete mammoth tusk found in Seattle to-date. 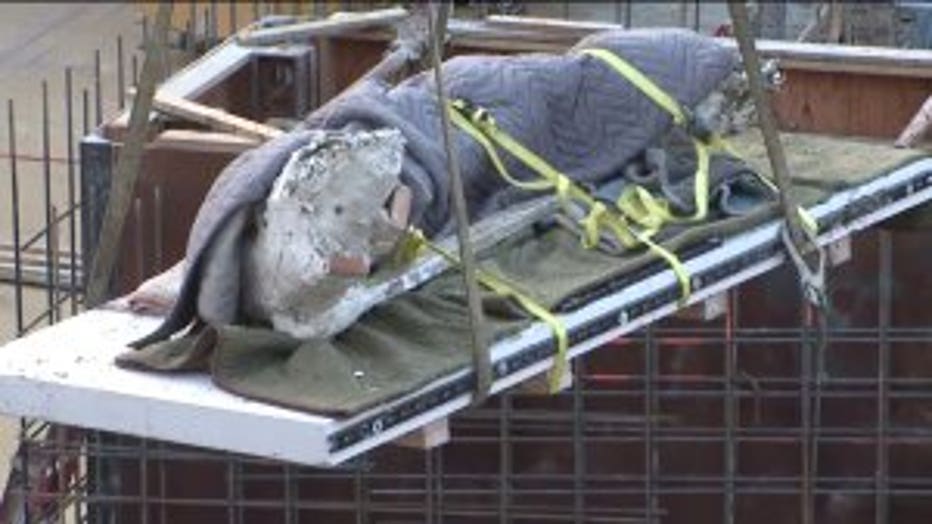 "Based on its age and location, Burke paleontologists believe the tusk is from a Columbian mammoth (Mammuthus columbi, the Washington State Fossil). No other fossils were discovered during the excavation.

"Found in wet conditions, the tusk is waterlogged and will (require) careful long-term conservation at the Burke Museum."

The tusk was found Tuesday by construction workers digging in Seattle's South Lake Union. They immediately halted work, and AMLI Residential asked Burke Museum paleontologists to examine it.  After they confirmed it to be the tusk of an ice age mammoth, the owner of the site agreed to let the museum excavate it for closer examination and preservation.

The paleontologists said that at the construction site there was a “marker horizon,” which is a blue-black layer that has a relatively well-understood age. Because the fossil was found about two yards below that marker, Burke paleontologists estimate that the tusk is at least 20,000 years old and could be as old as 60,000 years. Carbon dating the specimen would provide a definitive age. 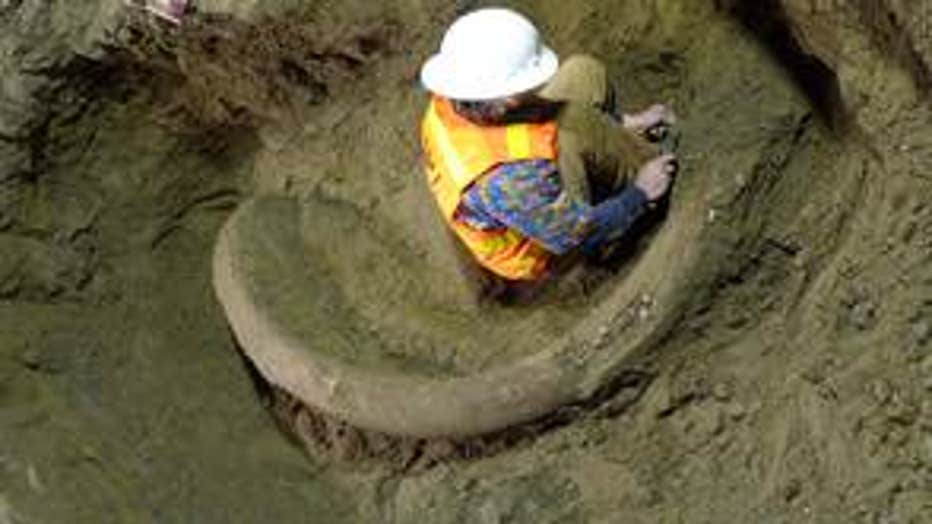 Paleontologists placed layers of plaster-soaked burlap bandages on one side of the tusk Thursday and Thursday night. The plaster was to help protect the tusk when it was moved from the site. During the drying process, which could take at least 12 months, Burke conservators will slowly remove the plaster and repair any damage to the tusk.

Late Friday, the tusk was hoisted from the ground and then placed on a vehicle for transport to the Burke Museum for examination.