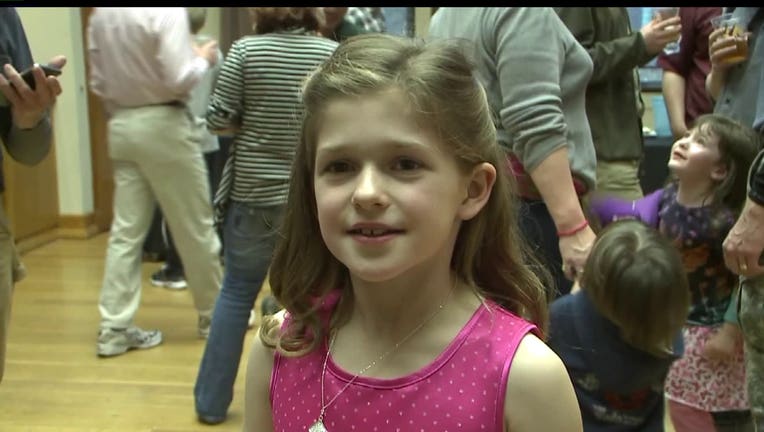 Zoe was a co-winner of the naming contest for the mammoth tusk. She suggested "Lucky" -- the the Burke Museum took the first two letters of her entry and another one to come up with the name "Lu-Lu". (Photo: KCPQ-TV)

SEATTLE -- The Burke Museum threw a party Friday night to announce the naming of the mammoth tusk that was discovered by construction workers digging at a site in South Lake Union in February.

A contest was held -- and there were two winners.

There was "Lucky" submitted by a young girl named Zoe -- and "L-U" for Lake Union, submitted by Claudia Graef.

The museum took the first two letters of Lucky, combined it with LU and came up with the name -- Lu-Lu.

Scientists say the mammoth roamed this area about 20,000 years ago.