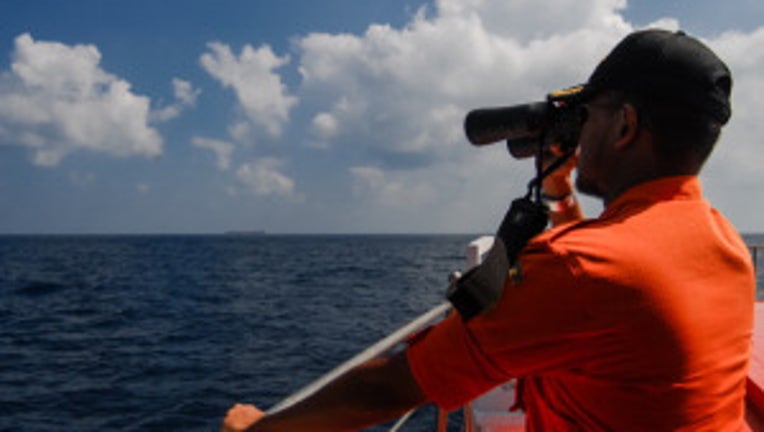 (CNN) -- In what may turn out to be a major breakthrough in the monthlong search for Malaysia Airlines flight 370, a Chinese patrol ship searching the southern Indian Ocean discovered Saturday the pulse signal used by so-called black boxes, state news agency Xinhua reported.

But the pulse signal has not been confirmed, China's Maritime Search and Rescue Center reported, according to China Communications News, which is the Ministry of Transport's official newspaper.

The frequency was chosen for use in the recorders "to give that standout quality that does not get interfered with by the background noise that readily occurs in the ocean."

But he said he would like to see more evidence. "I'd like to see some additional assets on site quickly -- maybe some sonobuoys," he said, referring to 5-inch-long (13-centimeter) sonar systems that are dropped from aircraft or ships.

And he said he was puzzled that only one signal had been detected, since each of the recorders was equipped with a pinger, which is also called a beacon.

Other experts cautioned that no confirmation had been made that the signal was linked to the missing plane.

"We are unable to verify any such information at this point in time," the media office of the Joint Agency Coordination Centre said in an e-mail.

A source at the Australian Defence Force told CNN that it got word of the report around noon Saturday (midnight Friday ET) but had not communicated with the ship in the 10 hours since.

Though other countries' search teams communicate directly with Australian officials by texting, communication with the Chinese searchers goes first to Beijing, which then communicates with officials in Australia, the source said.

The tentative nature of the report was not lost on one Chinese relative of one of those aboard. "There is not confirmation, and we are all waiting patiently," the relative told CNN Producer Judy Kwon in a text message.

"We've had a lot of red herrings, hyperbole on this whole search," said oceanographer Simon Boxall, a lecturer in ocean and earth science at the University of Southampton told CNN. "I'd really like to see this data confirmed."

If this proves to be what investigators have been searching for, "then the possibility of recovering the plane -- or at least the black boxes -- goes from being one in a million to almost certain," he said.

But, he added, "It could be a false signal."

CNN aviation analyst David Soucie was less skeptical. "This is a pinger," the airplane accident investigator said. "I've been doing this a lot of years, and I can't think of anything else it could be."

Xinhua said the detector deployed by the Haixun (pronounced "high shuen") 01 patrol ship picked up the signal around 25 degrees south latitude and 101 degrees east longitude. "It is yet to be established whether it is related to the missing jet," it said.

The announcement came nearly a month after Malaysia Airlines Flight 370 disappeared, and on the same day that the nation's acting transportation minister said three committees were being formed to tackle the disappearance of the flight.

One will tend to the families of passengers aboard the missing flight, the second will oversee the investigation team and a third committee will handle the deployment of assets, said Hishammuddin Hussein.

Malaysia will also appoint an independent investigator to lead an investigation team, the acting minister said.

The team will include representatives from Malaysia, Australia, China, the United States, the United Kingdom and France, he said.

Hishammuddin also addressed "unfounded allegations made against Malaysia," which "include the extraordinary assertion that Malaysian authorities were somehow complicit in what happened to MH370."

He added, "I should like to state, for the record, that these allegations are completely untrue."

Hishammuddin pointed to a statement from the Association of Southeast Asian Nations, which says Malaysia has "done its level best" in an operation that "is the biggest and most complex we have ever seen."

The hunt for evidence continued Saturday -- both on the surface of the southern Indian Ocean and below it.

The British submarine HMS Tireless is in the search area, Hishammuddin said.

A parallel search of the hard drives of a flight simulator found in the home of one of the pilots turned up nothing conclusive, a U.S. official with knowledge of the investigation told CNN on Friday.

There was no "we got it" information, though there were some "curious" things, the official said.

The captain, veteran pilot Zaharie Ahmad Shah, had programmed alternate routes into the simulator, but he appeared to have done so to come up with plans of action in case of emergencies, the official said.

The searches appear to be what an experienced and professional pilot would do, the official said.

Race against time to find pingers

In the Indian Ocean, the hunt was continuing.

The search was along a single 150-mile (240-kilometer) track, said retired Air Chief Marshal Angus Houston, the head of the Australian agency coordinating the operation.

The race is on to find the missing Boeing 777's locator pingers before their batteries expire.

The acoustic pinger batteries on Flight 370's black boxes were due to be replaced in June, the Malaysia Airlines chief executive said Saturday.

"We can confirm there is a maintenance program. Batteries are replaced prior to expiration," Ahmad Jauhari Yahya said.

The Ocean Shield has high-tech gear borrowed from the United States. That includes a Bluefin-21, which can scour the ocean floor for wreckage, and a Towed Pinger Locator 25, with its underwater microphone to detect pings from the jet's voice and data recorders as deep as 20,000 feet (6,100 meters).

"It is a very slow proceeding," U.S. Navy Capt. Mark M. Matthews said of the second tool, which is towed behind a vessel typically moving at 1 to 5 knots.

Bill Schofield, an Australian scientist who worked on developing flight data recorders, said: "If they do find it, I think it'll be remarkable."

Up to 10 military planes and three civilian aircraft -- in addition to 11 ships -- were looking Saturday for any sign of Flight 370, according to the Australian government.

The search area was nearly 84,000 square miles (218,000 square kilometers), which is slightly less than the area searched Friday, and focused some 1,050 miles northwest of Perth. This is about 50 miles farther from the western Australian city than had been the case the day before.

The cockpit conversation recording of the flight has been played to friends of the pilot and first officer, as well as to other pilots, in order to identify who was speaking, a source close to the investigation said Saturday.

But the voices have not been identified, the source said.

The recording was not played to the families of the pilot and first officer, the source said.

Officials have repeatedly said that the search may not conclude soon.

In the case of Air France Flight 447, which crashed into the Atlantic Ocean in 2009, officials found debris on the surface after five days of searching. But it took nearly two years for them to find the main pieces of wreckage, the flight recorders and many of the bodies of those on board.

With Flight 370, the search teams have had even fewer clues.

Australian Prime Minister Tony Abbott described it as the most difficult search "in human history."

Investigations into the 227 passengers and 12 crew members have yielded no suggestion that any of them might have been behind the disappearance.