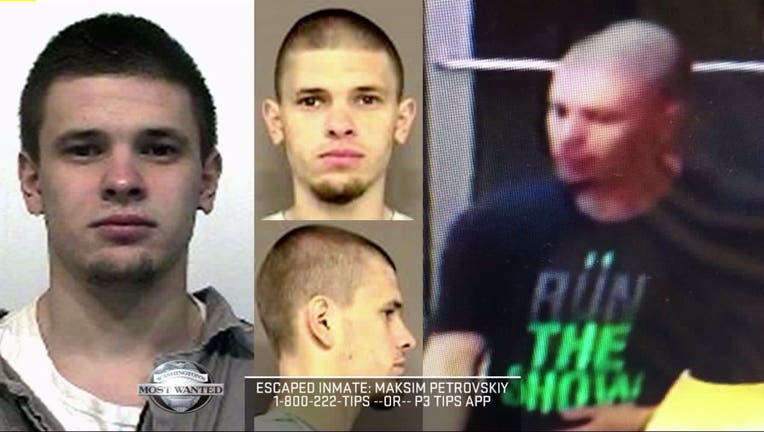 GOLDENDALE, Wash. – One escaped inmate has been arrested and authorities are still searching for another who escaped from the Goldendale Department of Natural Resources fire work crew on August 15th.

Washington State Department of Corrections has identified the men as, Tyray Munter, 30, and Maksim Petrovskiy, 22.

"We know that he has ties in Snohomish County and we've been making efforts to look there for him and we know that he has a vehicle, so could be in the Portland area, but we're thinking a lot of times these offenders will come to the areas that they call home," said Department of Corrections Ofc. Jeff Sargent. "I feel, as a law enforcement officer, a certain sense of responsibility to reacquire him back into custody to serve out the remainder of his time."

If you know where he is, call Crime Stoppers at 1-800-222-TIPS, or use the P3 Tips App to submit your information.

Correctional employees noticed the men were missing when an inmate recount was performed about 2:50 a.m. on Tuesday, August 15.

The two were later spotted in Portland, the DOC said. "Tip came in after they left the area," Washington DOC said in a tweet.

Munter was convicted of assault 2 and theft 2 out of Snohomish County and began serving his 72-month sentence on June 28, 2016. His expected release date had been tentatively set for May 2, 2020.

Petrovskiy was convicted of taking a motor vehicle without permission and possession of a stolen vehicle out of Snohomish County and began serving his 33-month sentence on April 18, 2017. His expected release date had been tentatively set for December 8, 2018. 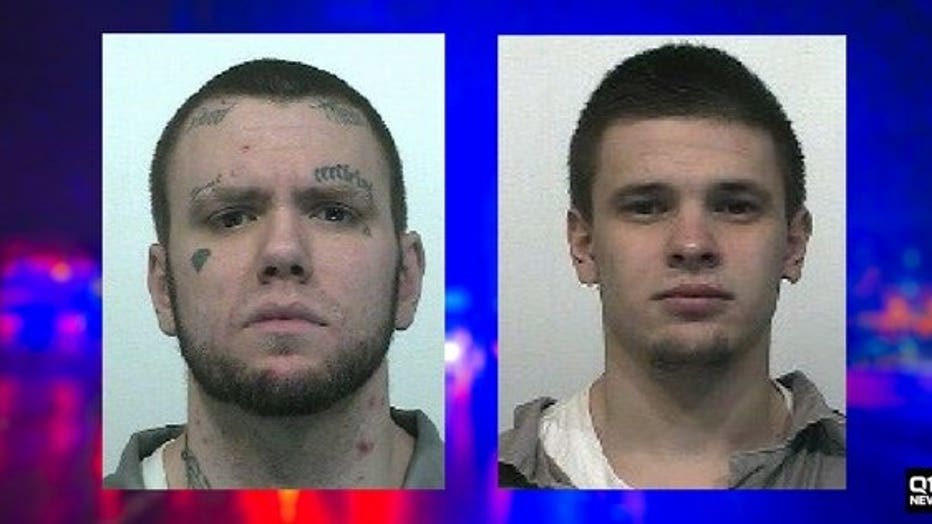 Washington State Department of Corrections has identified the men as, Tyray Munter, 30, and Maksim Petrovskiy, 22.