The Washington State Patrol said a Chevrolet Sprint being driven southbound by Misael Rosa Rosario, 19, of Tacoma, collided with a Kia Optima in the next lane near south 272nd Street. The Sprint then crossed over into the northbound lanes and collided with three other cars.

South King Fire and Rescue spokesman Jeff Bellinghausen told the News Tribune the driver of the Sprint was seriously injured and taken to a Seattle hospital for treatment.

Traffic was backed up to seven miles in both directions as troopers cleared the scene and investigated.

Earlier, drivers could be seen on WSDOT cameras getting out of their cars and standing in the stopped freeway. 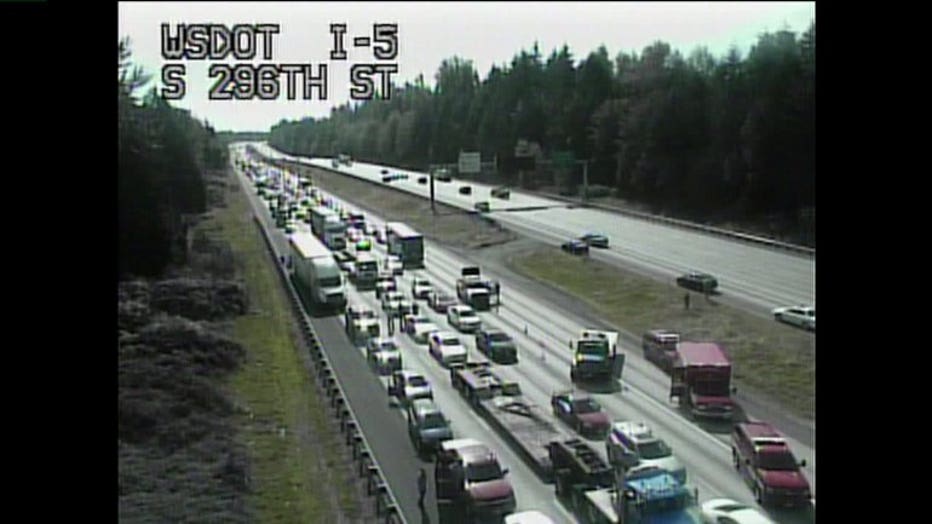