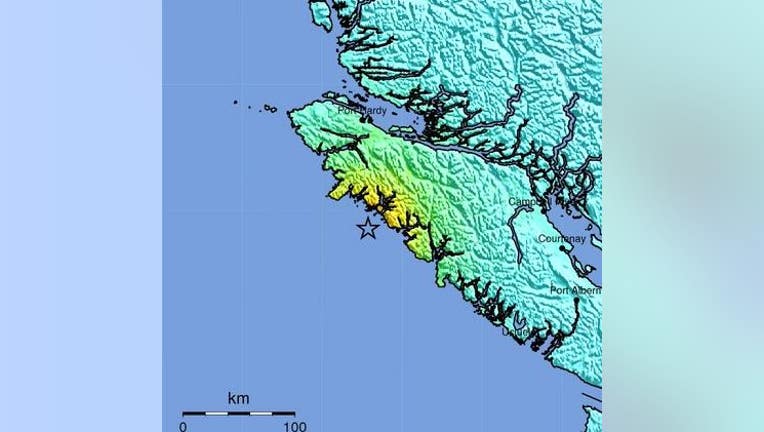 The star shows where the 6.6 magnitude struck off of Vancouver Island, B.C., Wednesday night. (Image by USGS)

SEATTLE -- A magnitude 6.6 earthquake struck off of the coast of Vancouver Island and was followed by two smaller aftershocks Wednesday night, the USGS reported. No immediate damage or injuries were reported.

The quake struck about 58 miles south of Port Hardy; it was about 7 miles deep, the U.S. Geological Survey said.

Authorities said there was no risk of a tsunami.