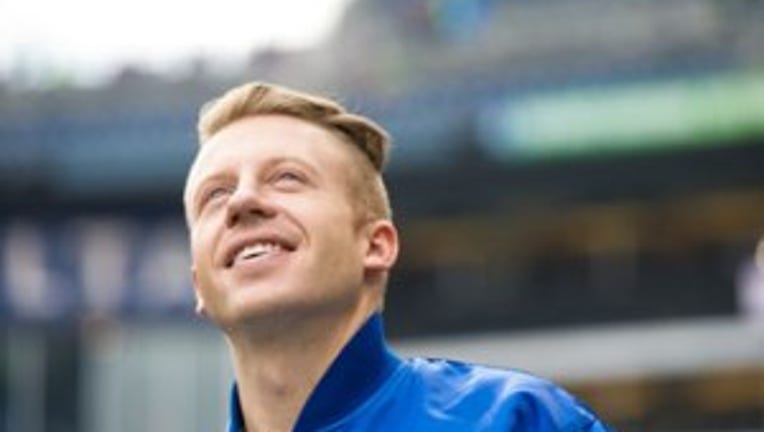 As if the 12th man couldn't get any more excited, the Seahawks announced today that Macklemore and Ryan Lewis will perform at halftime. Photo courtesy Seattle Seahawks

SEATTLE-- The 12th man has another reason to celebrate.

The Seattle Seahawks announced that Macklemore and Ryan Lewis will perform at halftime during Sunday's NFC championship game between the Seahawks and the San Francisco 49ers.

The Seahawks made the announcement on Friday:

The hip-hop duo has expressed an affinity for the Seahawks and Seattle sports that is often portrayed in their unique sound. The music video for White Walls shows Macklemore donning a No. 96 Cortez Kennedy jersey while entertaining on top of the iconic Dick's Drive-In in Seattle's Capitol Hill neighborhood - where Macklemore grew up. Their 2010 release My Oh My paid tribute to the late Seattle Mariners broadcaster Dave Niehaus. The crowd-hopping anthem Can't Hold Us can be heard after every Seahawks touchdown at CenturyLink Field. And they joined the Pete Carroll-driven effort We Day Seattle surprise performers last March. Macklemore also raised the 12th Man flag with other area musicians at the Space Needle prior to the the Seahawks' playoff run last season.