FUGITIVE CAPTURED March 29, 2014 -- Lynnwood police arrested Eric Collins on Saturday and booked him into the Snohomish County Jail. WANTED IN KING COUNTY Feb. 21, 2014 -- Police say he's burglarized homes across Snohomish and King counties, stealing truckloads of people's most-prized possessions. Cops are looking for your help in finding him before he does it again. Here he is -- Eric Collins. Take a good look at him. Police said they found literally tons of stolen property, including at least 10 guns, at his home and storage unit when he was initially arrested. They recovered $20,000  worth of property stolen from just one victim in Shoreline last year. The trouble is that Collins bailed out of jail, then disappeared. "We're actively looking for Collins now to put him back in jail for possession of these weapons," King County sheriff's Sgt. Cindi West said. "Collins is a convicted felon. He is not allowed to possess firearms, and at this point he was in possession of over a dozen. We`re hoping somebody will recognize him so we can pick him up, get him off the streets before he commits another burglary, or has more firearms in his possession." Eric Collins is 34 years old, and detectives say he has friends in Lynnwood and Marysville so he could be hiding out there. If you know where he is, call an anonymous tip into: CRIME STOPPERS: 1-800-222-TIPS You must call the Crime Stoppers hotline with your tip to be eligible to receive a cash reward for information leading to a fugitive’s arrest. CLICK HERE for information on how to TEXT A TIP to Crime Stoppers 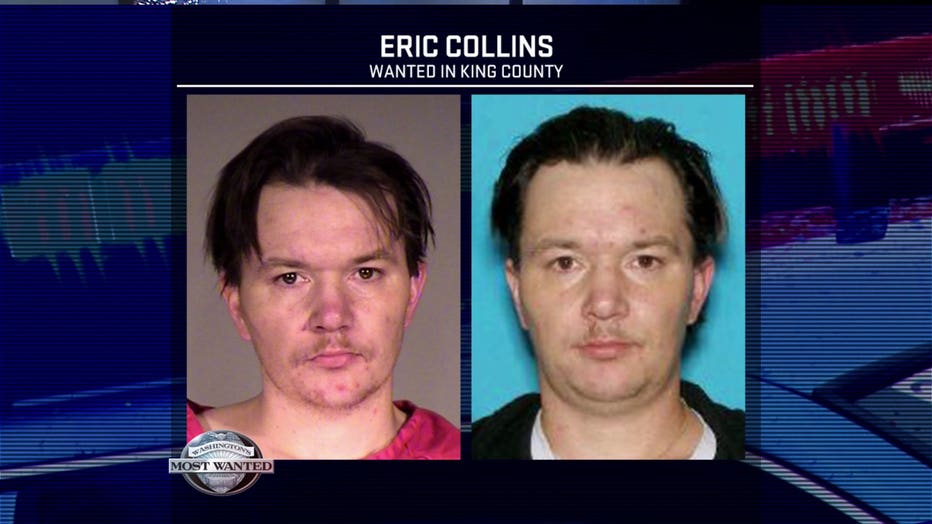