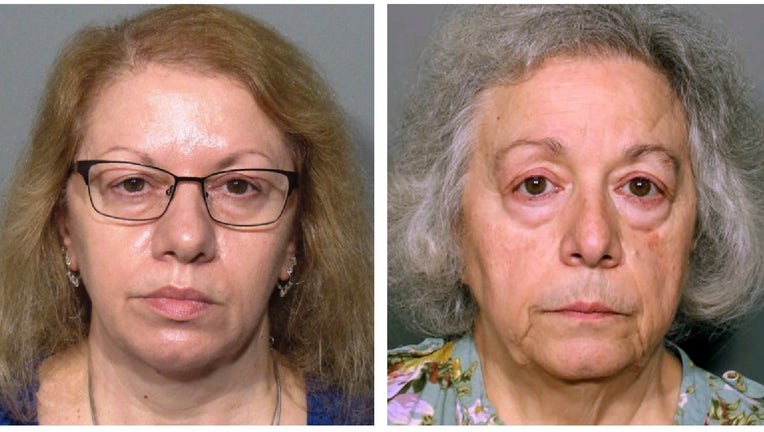 NEW CANAAN, Conn. -- Two sisters who supervised two school cafeterias in Connecticut have been charged in an alleged scheme that netted over $500,000 in stolen lunch money, according to WTIC.

Joanne Pascarelli, 61, and her sister, 67-year-old Marie Wilson, turned themselves in to authorities over the weekend on multiple charges including larceny and defrauding the public.

Investigators met with school officials in December after a cafeteria worker complained about supervisors mishandling money.

Officials said the scheme may have lasted 15 years.

“Since it occurred over a long period of time in relatively small amounts, the district was unaware of these discrepancies until it instituted new financial controls specifically related to the collection and depositing of cash in the cafeterias,” Michael Horyczun, spokesman for New Canaan Public Schools, said in an email to the New York Times on Monday.

Investigators believe the sisters took money from the cash registers before a new system was put in place that made thefts more apparent.

When the new system was introduced, the amount of cash taken during lunch increased significantly without an increase in the numbers of meals served. The average daily cash intake went from below $40 to $150 a day.

According to arrest warrants, the sisters would have cashiers sign blank bank deposit slips and allegedly put a co-worker on dishwashing duty for several months when she asked financial questions.

Both women resigned from the school district in December 2017.