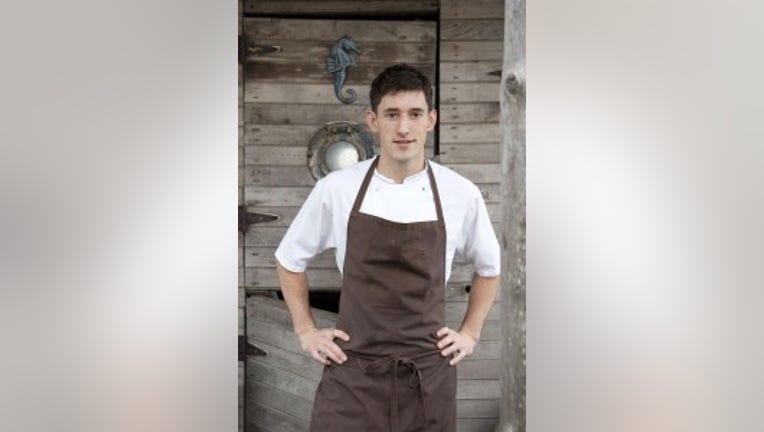 NEW  YORK -- Blaine Wetzel of The Willows Inn on Lummi Island was named co-winner Monday night of the James Beard Award for "Rising Star Chef of the Year."

He shared the honor with Jimmy Bannos Jr. of Chicago's The Purple Pig.

Wetzel, 28, grew up in Washington and began working in kitchens when he was 14, according to The Willows Inn website. He studied and apprenticed widely, most notably at noma in Copenhagen, which has been rated at times as the best restaurant in the world.

Food & Wine magazine named Wetzel as "Best New Chef of 2012" and he became a James Beard Award semifinalist in the Pacific Northwest for the third year in a row.

On Monday night in New York, the "Best Chef" for the Pacific Northwest region was Naomi Pomeroy of the Beast restaurant in Portland. Semifinalists in this category included Renee Erickson of Seattle's The Whale Wins, Jason Franey of Seattle's Canlis, Ethan Stowell of Seattle's Staple & Fancy, and Cathy Whims of Portland's Nostrana.

(CNN contributed to this report)