SEATTLE-- Elected leaders are now lining up trying to save The National Archives at Seattle from being closed, fearing we may lose access to our local history.

Acting on a recommendation, the U.S. Office of Management and Budget decided the monster building and property is too expensive to own and operate and should be sold. Its contents will be moved out of state, most likely to other National Archives sites in California and Missouri.

Washington Attorney General Bob Ferguson is considering a lawsuit against the Trump administration to stop it.

Ferguson, a Democrat, said in a statement:

“My late father spent a lot of time at The National Archives at Seattle. I’ve spent time there. I’m very concerned by the news. I have assigned an attorney in our Complex Litigation Division to review this decision. If we find that the administration did not follow the law, we will file a lawsuit.”

Since 1963, people have gone to the building along Sand Point Way NE in Seattle to access government and tribal records from Washington, Oregon, Idaho, and Alaska. Some of those records go back more than two centuries.

"There are 10,000 stories in these archives, they're all begging to be told," said the National Archives at Seattle Director Susan Karren. 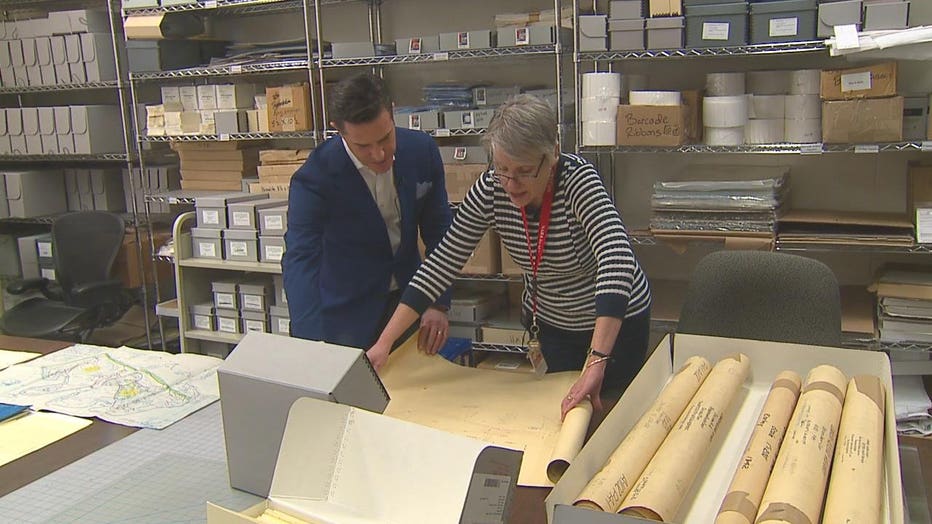 National Archives at Seattle Director Susan Karren shows off drawings from the Bureau of Roads.

The closure, announced late last week, is still being felt by those dedicated to giving others access to historical documents.

"Personally I'm heartbroken," said Karren. "That's probably the best way to put it for me."

The building is 77 years old and in need of more than $2 million in repairs. It costs roughly $350,000 a year to run. It sits on ten acres in what's become valuable northeast Seattle.

A panel looking at ways to trim the cost of federal properties decided it should be closed, the property sold, and all of the contents moved. The equivalent of 820,000 boxes are housed inside the more than 200,000 square foot building. 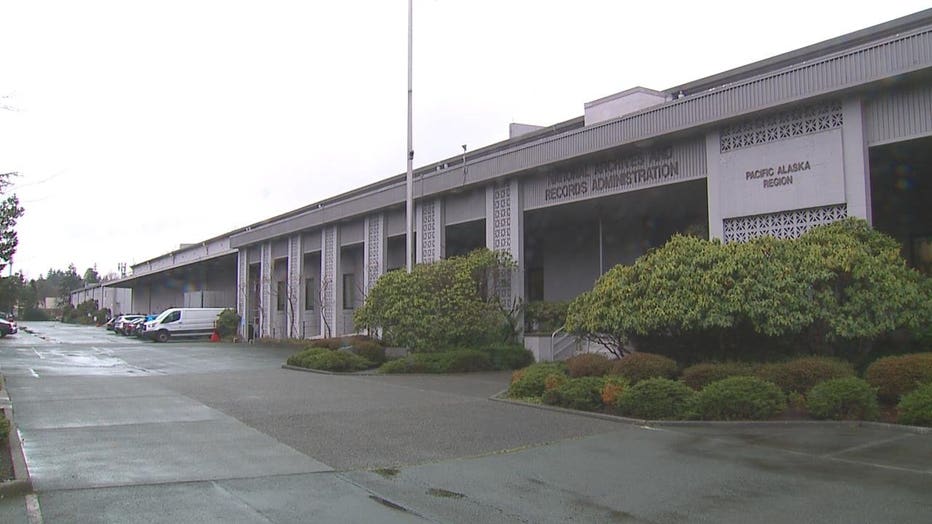 The National Archives at Seattle on Sand Point Way NE in Seattle.

Moving these historic treasures out of the Pacific Northwest will likely mean many researchers can't get to them.

Ernie Shafer of Bothell came to the building to research Boeing's early development in downtown Seattle. He said if the records were moved out of state, he'd never see them.

"To save a dollar, it's probably going to hide a lot of the things from the people who can't get to it any other way, cause they can't go there," Shafer said.

Some of the records can be scanned to the web, but many can not because they are too old, too fragile or too big to be scanned.

Local historian Feliks Banel broke the story about the National Archives at Seattle building being sold. He argues the people of this region were never consulted or asked to provide public comment.

"The fact that a process was gone through, that didn't involve getting input from the public or the stakeholders; now they want to shut it down and move it away," Banel said.

Washington Secretary of State Kim Wyman, who oversees the Washington state archives, sent a letter to the members of Congress from Washington. It said in part:

"I am urgently asking for your assistance in preventing the closure. By closing the facility, researchers in Washington state may have to travel as far as 1,200 miles to Riverside, California, to access federal archival records pertinent to our region."

All senators from Washington, Oregon, Idaho, and Alaska, and eight of the 10 U.S. representatives from Washington state sent a letter to the OMB calling the decision "flawed" and the impacts "detrimental."

There may be time to stage a fight. The federal government has allotted 18 months to sell the building and property.