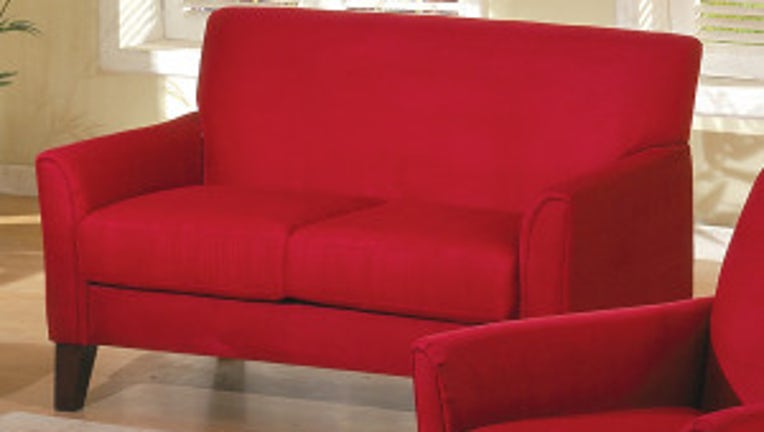 SEATTLE -- A pickup truck hauling a bed and a love seat lost part of its load Sunday on the Ship Canal Bridge, resulting in a sunken couch in the waters below.

According to the Washington State Patrol, the pickup truck was traveling southbound in the express lanes of Interstate 5 when it lost part of its load. The seat shifted on the bed and fell out into the right lanes of the expressway. A Toyota Prius was unable to avoid the love seat in the road, WSP said, and hit the couch, causing it to flip over the cement barrier and fall 180 feet to the water below.

The love seat fell right into the water and not "onto a house, car or pedestrian below the bridge," one WSP official said. There were no injuries in the collision, but the driver was issued a $216 infraction for failure to properly secure his load.