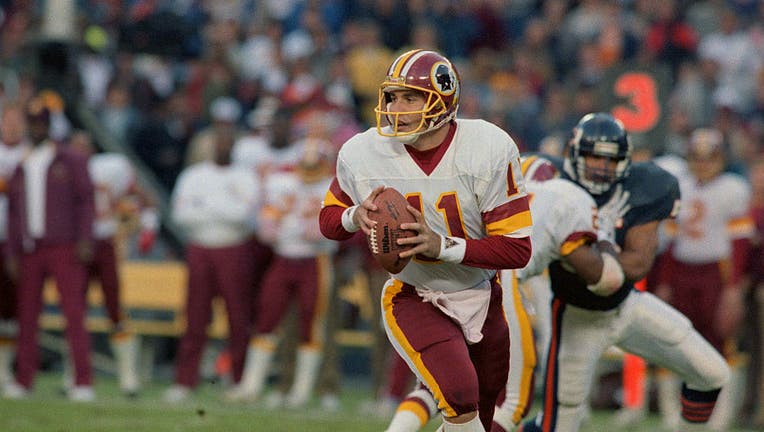 SPOKANE, Wash. - The former longtime partner of ex-NFL quarterback Mark Rypien has filed a personal injury lawsuit against him alleging years of physical and emotional abuse.

The couple have spoken publicly in the past about violence in their home believed to be a consequence of head trauma Rypien experienced during a 14-year NFL career after playing in college at Washington State.

The lawsuit contains new allegations of violence, beginning as early as 2008 and lasting until September 2020.

"That does not give him license to assault his wife," Schultz said.

Rypien released a statement through his attorney in response to the allegations in the lawsuit.

"Mr. Rypien categorically and unequivocally condemns domestic violence," the statement reads. "He had a relationship with Danielle Wade that ended recently."

"During this relationship, Mr. Rypien acknowledged and apologized for actions that were harmful to Ms. Wade for which he is truly sorry," the statement said. "He has full faith in the judicial system and hopes the parties can reach a just resolution so that they can move forward living their separate lives."

In June 2019, Rypien was arrested on suspicion of domestic violence during an incident at a Spokane intersection. Rypien told the arresting officer he had punched Wade after she’d covered his eyes while driving, the lawsuit said.

A judge dismissed the domestic violence charge against Rypien.

The abuse allegedly continued after the dismissal of the charges, including an incident where Rypien shoved Wade into a car door for "saying too much" during the February 2020 premiere of a documentary related to chronic traumatic encephalopathy featuring Rypien, the lawsuit said.

Rypien, 59, was drafted by Washington in the sixth round of the 1986 NFL draft. He was named Super Bowl MVP after leading Washington to victory over the Buffalo Bills in 1992.