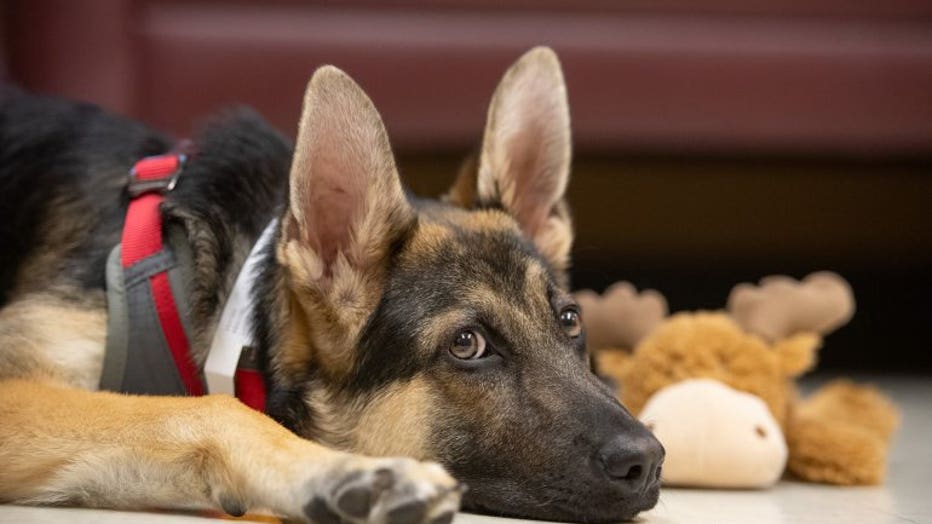 FORT COLLINS,  Colo. -- A sad update in the story of Logan the "bucket list puppy" from Bellingham, Washington -- he did not survive his heart surgery.

Colorado State University veterinarians said three heart defects were repaired, but at the end of the surgery, the young dog was not able to be removed from the heart-lung machine.

The cardiology team is very sorry to share that Logan did not survive his heart surgery.

We extend our sympathies to Rescued Hearts Northwest, his foster families and everybody around the world involved in supporting him.

Not long after the pup arrived at Rescued Hearts Northwest earlier this year, he was diagnosed with a fatal heart condition, and vets said he didn’t have long to live.

His fosters and caretakers at the rescue organization came up with a puppy bucket list for Logan and he quickly went viral on social media, including swimming in the ocean, park visits with his friends — and an event at a local pet store in which hundreds of people showed up just to give Logan a hug. That’s when vets at Colorado State saw the story and said they could perform the surgery.

Thanks to generous donors,  Logan got a private plane ride to Colorado, but the initial surgery was unsuccessful. Vets said Logan had one more chance to have the surgery once he was fully grown.

Rescued Hearts Northwest said in a statement that they were devastated to hear the news:

RHN is devastated to have to share the following news. We can't even begin to put into words how thankful we are that we had your support through Logan's whole journey. We are completely devastated. We all did everything we could. The doctors and staff at CSU have been unbelievably supportive through this extremely rough time. Please keep the doctors and staff at CSU and Logan's foster families in your thoughts as we hold you in ours. Logan lived the best life he could have asked for during his time here with us. We wish we could have given him more time. Logan you will be so missed. We love you, run free little buddy. #loganstrong