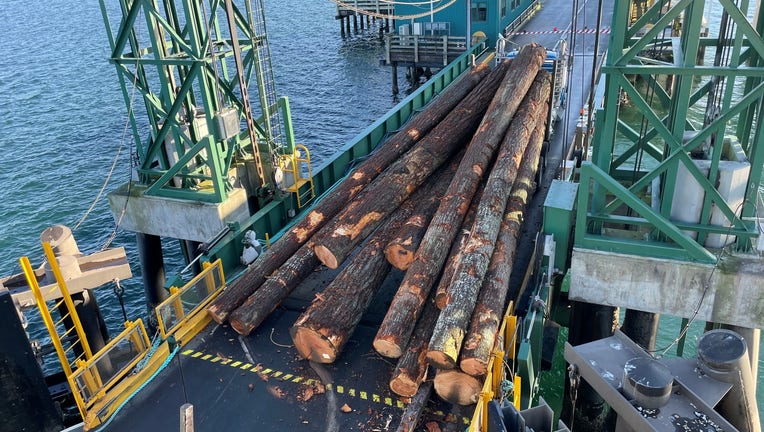 A log truck lost its load while offloading the Spokane ferry at the Edmonds dock Monday morning, forcing the Edmonds and Kingston departures to be canceled until further notice.

According to the state Department of Transportation, the log spill was blocking the off-loading lane just after 11 a.m. Some ferry riders were unable to get off the ferry when the accident happened.

Both the Edmonds and Kingston departures for the Spokane ferry are out of service until further notice. WSDOT said the scene "could take a while" to clear when they gave an update on Twitter shortly after 11 a.m.