AUBURN, Wash. - The world told her "no." Cassidy Huff had other plans.

“The specialist who was seeing me flipped to a page and showed my mom a picture of a dwarf in a circus, and said, this is all your daughter will ever be good for,” said the 18-year-old from Des Moines.

Huff, who has dwarfism and significant physical disabilities, is proving if you work hard enough anything is possible. She just starred in a role in a hit DreamWorks series on Netflix. 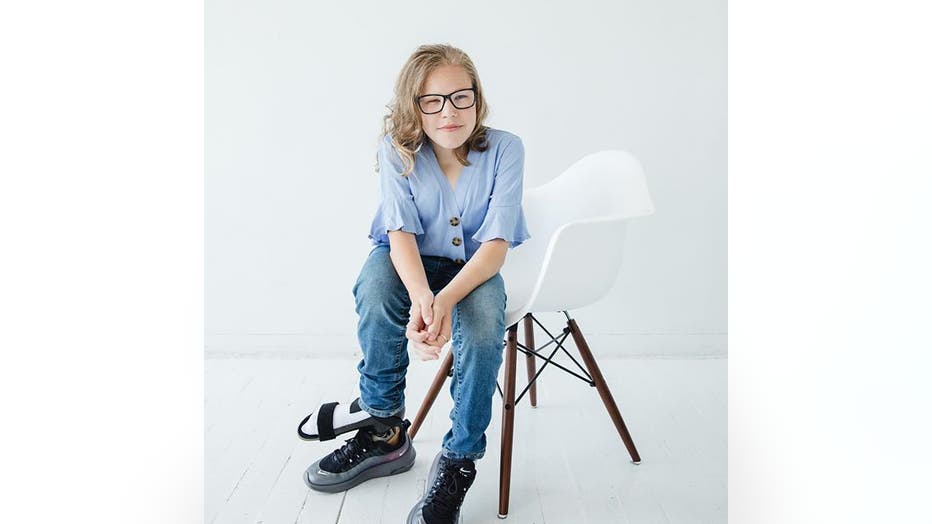 It's been a long road.

“At birth they said, I would never walk, talk, sing. Breath, eat on my own,” Huff said.

She lists off her medical challenges - like she's likely done for so many others. Huff has Conradi-Hünermann syndrome, a rare genetic disorder. Her entire right side including her lung is three and a half inches shorter than her left. She's blind in her right eye and deaf in her left ear.

That's just a fraction of what she has overcome.

“I had surgeries every six months from age one to age 14,” Huff said.

Meaning, so much of her young life has been spent recovering. 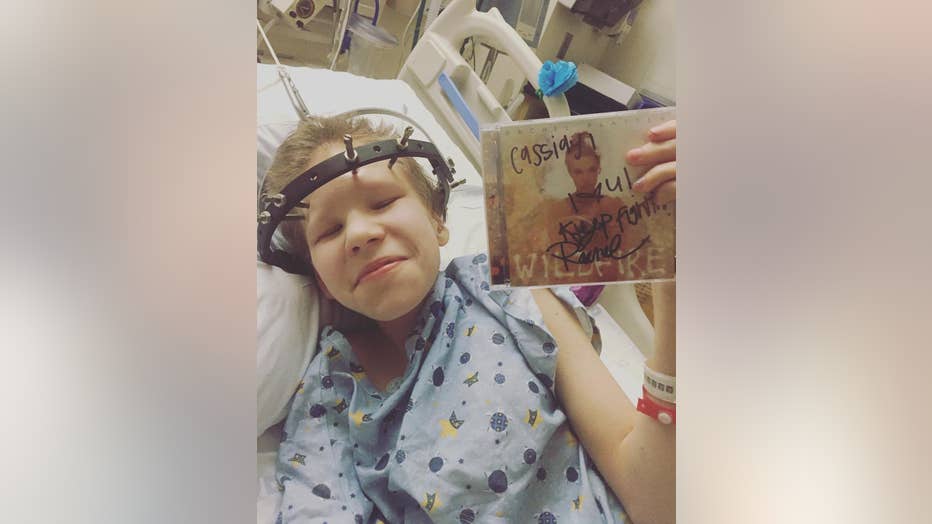 When Make-A-Wish learned about Huff’s difficult road and deep love of music, they made her wish come true in 2012. At just four years old, Huff got to meet her favorite band, Rascal Flatts, at the Tacoma Dome.

The group was so moved, they brought Cassidy on stage during the concert.

And in that moment she began to dream big. 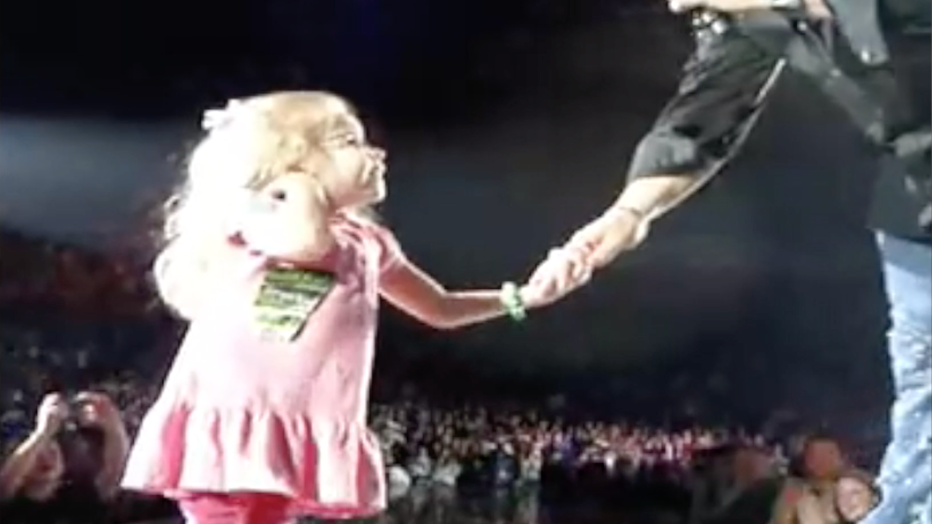 “I was like, yeah, it’s what I’m going to do for the rest of my life," Huff recalled. "It’s kind of like that dream, where, ‘I want to be a princess.’ And everybody’s like, ‘yeah, you go!’ and then as I started getting older, they were like, ‘oh no, she’s serious.’”

Serious, about breaking in to the entertainment business.

So she got to work, practicing her acting and music talents, that just kept getting noticed by established stars, like singer-songwriter Ed Sheeran and actor and singer Jamie Foxx.

“My mom got an email from somebody at Dreamworks,” she recounted with a bright smile.

The role, providing the voice for a character on the hit DreamWorks series Spirit Riding Free: Riding Academy, seen on Netflix. 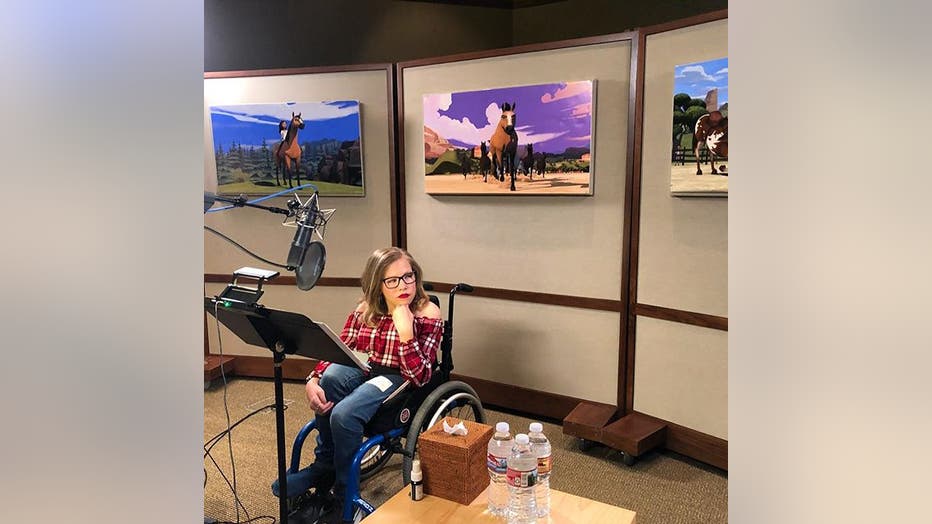 The biggest payoff was getting to play a character who showcases the ability, of those with disabilities.

She plays a character named “Eleanor,” who uses a wheelchair.  Eleanor also happens to be one of the highest ranked horse racers.

“I really felt like for the first time seeing myself and being represented and I hope that kids and adults watching this show will feel the same way,” Huff said. 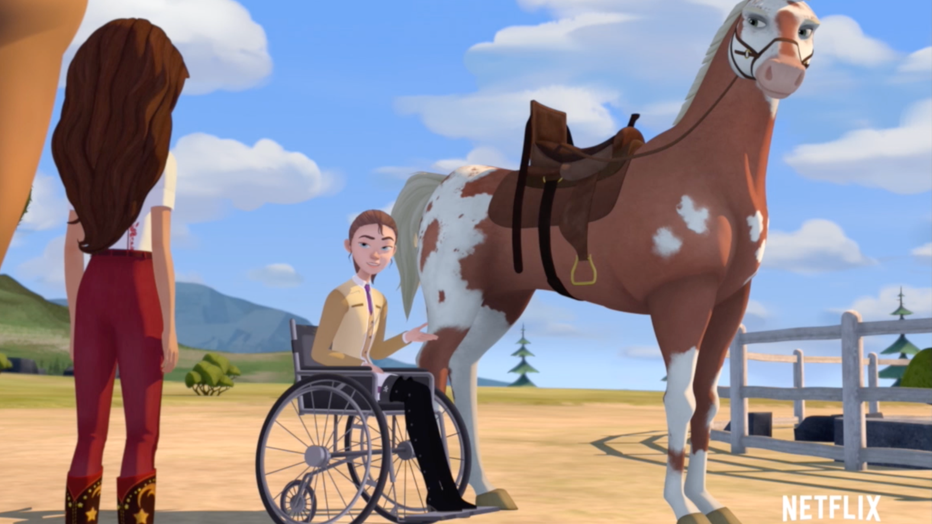 Huff provides the voice of a character named “Eleanor,” who uses a wheelchair. Eleanor also happens to be one of the highest ranked horse racers in SPIRIT RIDING FREE: RIDING ACADEMY on Netflix

A chance for her to continue to change perceptions.

“Don’t let anybody tell you that you can’t do something," Huff said. "And if they do, use that word ‘can’t’ as fuel to prove them wrong in every aspect of your life.”

In December, she'll further her dreams in acting and music, heading to the American Musical and Dramatic Academy, a renowned performing arts college in Hollywood.