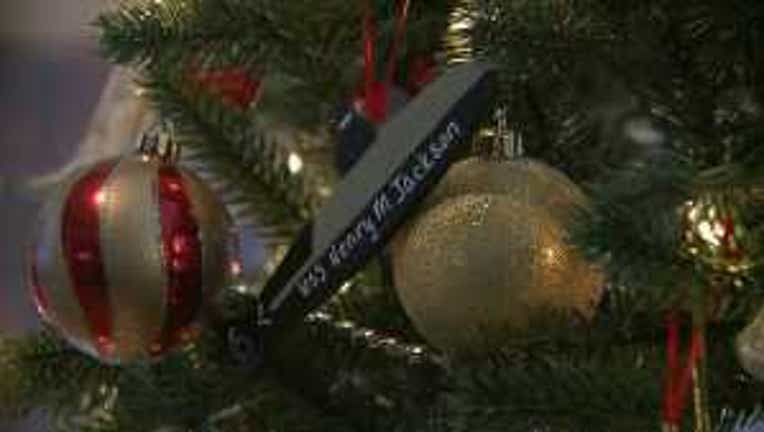 SEATTLE-- For many members of the military, getting home for holidays isn't always a possibility.

But one local Navy family will get to spend this Christmas together thanks to the help of the United Service Organizations.

Serena Adkins, a Navy wife, entered a USO sponsored contest trying to win a trip to a hotel with her husband, who is stationed on the USS Henry Jackson, and their son. The contest required Adkins to write a letter explaining how she stays connected to her husband while he is away.

She said communicating with her husband is doubly hard, because he is stationed on a submarine.

"Being connected with my husband during the holidays can be a bit difficult when he is on the submarine because we have no way to really communicate when the boat is way under water," Adkins said in her letter.

Adkins' letter won, and she and her family will get a one night's stay at the Hotel Monaco in Seattle on Christmas Eve. Adkins, her husband, and their 4-year-old son will also be treated to a Christmas dinner and presents under the tree.

For Adkins, being together is a priceless gift that will last long beyond Christmas Eve.

"That's one of the best presents is to just have his dad here," Serena Adkins said. "That puts a smile on his face and definitely my face."