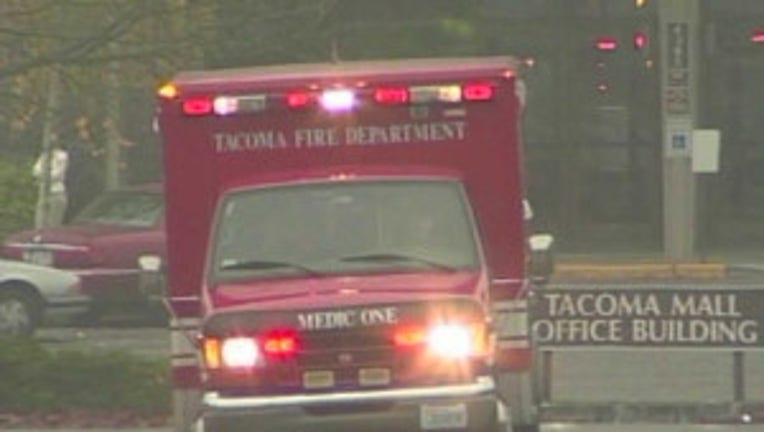 TACOMA -- Tacoma Mall made changes to some of it’s security following a deadly shooting in Clackamas County, Ore.

The mall has added security cameras, and officers are conducting annual excersises built around scenerios such as the one in Oregon.

But as the news of the shooting in Oregon came down, it brought up particular memories of a shooting at the Tacoma Mall in 2006.

Dan McKown was a victim in the Tacoma Mall shooting in 2006 when Dominick Maldonado went into the mall and opened fire on shoppers.  Now paralyzed, he said watching scenes from the Oregon shooting brought back painful memories.

“I get really annoyed, irritated and resentful and frustrated at the fact that people are willing to do this to one another,” McKown said.

I Dominick Maldonado went into the Tacoma Mall, and opened fire on shoppers with a semi-automatic rifle.

McKown, who was armed with a concealed weapon at the time of the shooting, tried to stop him.

“When I drew my pistol and hit the edge of the store, it’s in your mind that 'this is the path I’ve chosen,'" McKown said. "I’ve got to ride this through.”

Several people were shot and injured but McKown was hit five times in the torso and has been in a wheelchair ever since the attack. But he doesn’t regret trying to help.

“I’m not going to live at the expense of others around me," McKown said. "If something happens, I need to be involved. I mean it’s our God given responsibility to be our brother’s keeper.”

He believes, even if shoppers can’t step up to help, they need to be more aware, and report anything suspicious.

General Growth Properties, which owns the Clackamas Town Center in Oregon, also owns several malls in Washington state, including Westlake Center and the Alderwood Mall. Carol Hildahl, a spokesperson for Alderwood Mall said her staff “is very touched by what happened in Oregon.” She also said her mall is as prepared as it can be for a situation like that, with public safety measures that have been customized by local police.

“It's not always visible to shoppers but they are there,” Hildahl said.