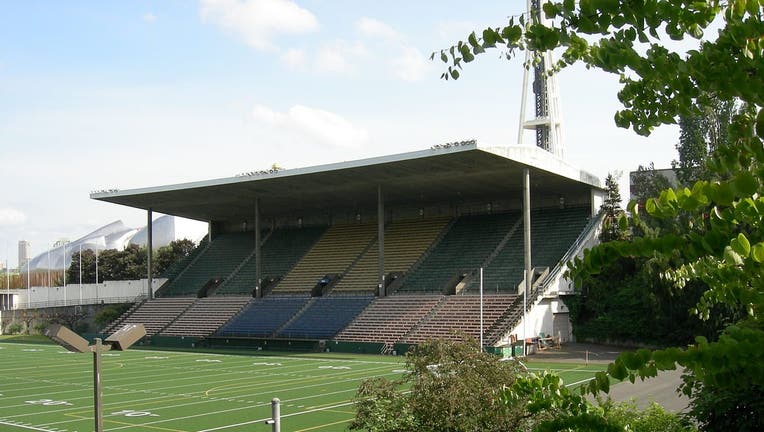 The partnership builds off a 2017 agreement between the city and school district, with the aim of reimagining the 74-year-old stadium into a space "that better serves the school district and provides a high-quality venue for arts, sports, culture, community gathering and music at Seattle Center."

Their letter of intent also identifies a site downtown that could someday be developed into a new school until 2031, located near First Avenue and Battery Street, formerly where the Alaskan Way Viaduct fed into the Battery Street tunnel.

"City government and Seattle Public Schools are coming together with a plan to deliver on a downtown school and a new Memorial Stadium – this is a win-win for students and families across Seattle. We have seen the transformative power of Climate Pledge Arena, and now, we have a once-in a lifetime opportunity make progress on Memorial Stadium – one that will provide incredible opportunities for our youth and the community," said Durkan. "Students from across the district should not have to play in facilities that are in disrepair. We owe it to the youth of our City for generations to come to build a first-class facility in the heart of our transforming Seattle Center."

SPS will propose $66.5 million in the next Buildings, Technology and Academics/Athletics (BTA) capital levy to fund the project at a large enough scale for athletics and graduation ceremonies. If approved, the letter of intent allows the city to step in and "expand the scope, scale and functionality" of the new stadium. The city and private philanthropy would provide additional funding.

"While we are laser focused on student outcomes, we recognize the importance of planning today for the future of our schools," said Jones. "This partnership with the city will allow us to provide great schools and school facilities for the students of Seattle. Our primary focus is on creating the best opportunity for educational excellence, and that is a key element of this project."

Project design, cost and timeline have yet to be determined—but SPS Board of Directors and Seattle City Council will review each step of the process with input from the public and stakeholders.

"Memorial Stadium is an important part of the Seattle School District community and the Metro League, and it continues to play a key part in the lives of students from Seattle and throughout the region," said SPS's Executive Director of Athletics, Pat McCarthy. "I look forward to a partnership that will honor Memorial Stadium and prioritize what is best for our students."