EVERETT -- If Boeing machinists don’t vote yes on the latest contract offer, the 777X wing assembly line will leave our state, according to local political leaders. 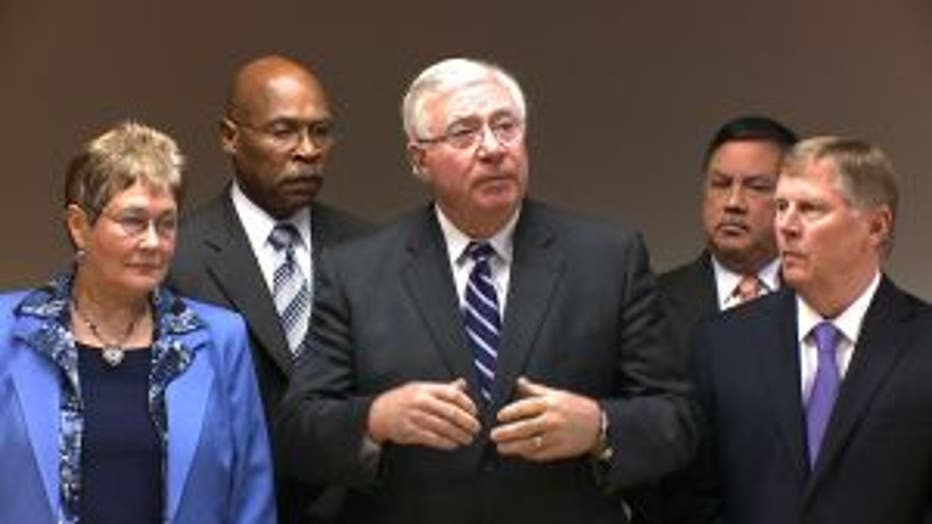 They say the future of aerospace – and our region’s economy – is at stake in Friday’s pivotal vote.

“I think that this is the last chance,” said City of Everett mayor Ray Stephanson.

The group of politicians say the future of Boeing’s presence in the Puget Sound now rests directly in the hands of the union employees.

“There is no option here other than a yes on the contract,” said City of Kent mayor Suzette Cooke

It’s been a back-and-forth fight for the machinists. Their major sticking point continues to be Boeing’s plan to move from traditional pensions to 401-k retirement accounts.

“Our best estimates is this is going to lower our members retirement income by 2/3rds,” said International Association of Machinists representative Bryan Corliss. “We are recommending our union members to reject.”

More than $100 billion worth of new 777X’S are already on order. Exactly where the aircraft will be constructed is up for grabs; Boeing is shopping around for locations in at least 20 states.

The six local politicians say the key for our economy is in the new high-tech, 777X wing design.

But local union leaders say Boeing could make a big mistake if the company decides to build the wings and aircraft somewhere else.

“All of the objective industry analysts, 3rd party research, says that Washington State, Puget Sound, is the best place for Boeing to build the 777X,” said Corliss. “It’s their best bet for success with this program.”

Boeing plans to build a 1.2 million square foot warehouse for the 777X, but local leaders worry the aerospace company won’t build it here if machinists reject the contract.

“We will lose the opportunity to not be engaged in what is this moment the future of all new jets, commercial or otherwise, in the future,” said former Snohomish county executive, Bob Drewel.

The local union leadership is still urging machinists to reject the 8-year contract offer when they vote on Friday, and they’re preparing for a march urging that no vote at their Seattle union hall on Thursday.