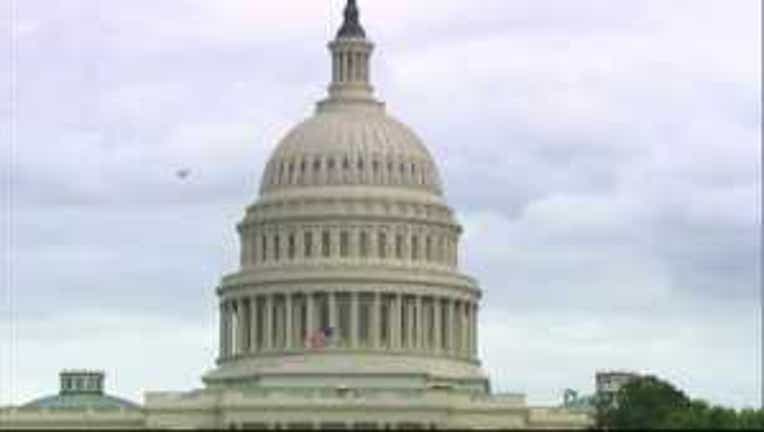 SEATTLE -- Congress struck a deal to avoid the so-called 'Fiscal Cliff' Tuesday night, saving many from an increase in taxes.

But not all on Capitol Hill are happy. Including members from both sides of the aisle.

Other than the payroll tax, the deal keeps base tax rates the same for couples making less than $450,000 a year. Democrats wanted higher taxes and more tax hikes for upper income families, and most Republicans wanted more spending cuts.

Still, president Obama was happy to have passed some legislation to avoid huge cuts in programs and enormous, across-the-board tax increases.

"I believe that there's further unnecessary spending in government that we can eliminate," Obama said. "But we can't simply cut our way to prosperity."

Senator Richard Shelby (R-Alabama) said it's unfortunate that the president wanted to talk about spending cuts only after a deal was passed.

"Now he's wanting to talk about cutting spending," Shelby said. "It's kind of a joke."

Another fight lies around the corner. Lawmakers have two months to vote to raise the debt ceiling, ir risk the government defaulting on its bills. Just like the fiscal cliff, the fight over the debt-ceiling will not be easy.

"The problem is we set up three more fiscal cliffs," said  Representative Jim Moran (D-Virginia). "We're gonna look back on this night and regret it."

Rep. Adam Smith (D-Wash) voted against the deal. He said the low tax rates didn't raise enough revenue, and the country was running deeper into debt.

"Ninety percent of the Bush tax cuts are now locked in permanently, so any effort to deal with the very large debt and deficit that we have going down the road here," Smith said. "Revenue is pretty much off the table and we didn't get much."

Senator Maria Cantwell (D-Wash) said that the bill extended a sales-tax deduction for some people in Washington and six other states. Rep. Jaime Herrera (R-Wash.) voted for the bill, but said she "hoped Congress and the President would produce a solution" that better protected families.

"This compromise is a first step, and we must take a bigger second step that puts an end to out-of-control federal spending," Herrera said. "The compromise keeps the sequester in place, which is a bi-partisan agreement to find more than $1 trillion in savings from every level of government."