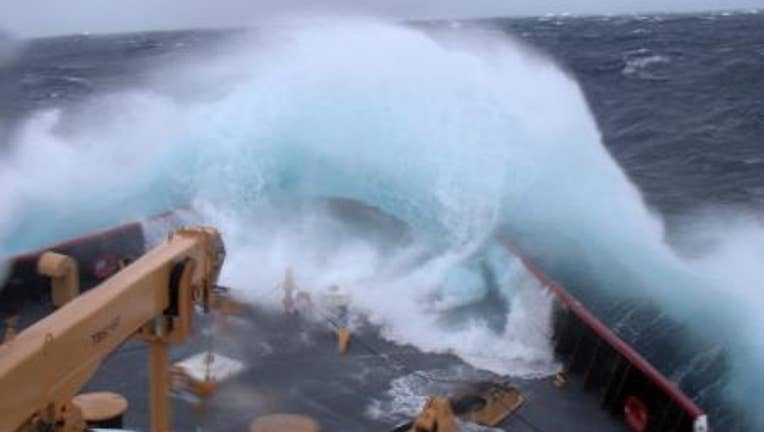 The Polar Star departed Coast Guard Base Seattle on December 3rd to help with Operation Deep Freeze 2014, the program to resupply the McMurdo research station in Antarctica.

While in Antarctica, the Polar Star broke a shipping lane through 12 miles of up to 10-foot thick ice.  The shipping lane was used by tanker ships to deliver gas and supplies to those living at the research stations.

In January, the ship was also asked to assist in the rescue effort of two ships that had gotten stuck in about 15 feet of thick sea ice near Commonwealth Bay, Antarctica.  Before the Polar Star arrived, shifting ice conditions allowed the two ships to break free.

This deployment marks the first time in six years that a U.S. icebreaker has supported Operation Deep Freeze.

The ship and its 140-person crew arrive at Coast Guard Base Seattle in Seattle at 10 a.m. Friday.