Q13's Matt Lorch details how to protect your vehicle from thieves aiming to steal a catalytic converter.

SEATTLE - Your car could be targeted by criminals tonight. These crooks aren’t after the valuables inside, but rather, a pricey piece of equipment underneath the vehicle.

Local police are busy responding to a recent rash of thefts involving catalytic converters. They contain expensive metals and have a street value of $250.

Skilled thieves can get under your car and remove them in less than a minute. Your car’s exhaust system needs them to run, and replacing them can cost up to $4,000.

Any car parked outside can quickly become a target.

A viewer from North Seattle shared their surveillance video showing two suspected crooks slide a jack underneath a Toyota Prius.

They go to work, looking to remove and steal the catalytic converter. After spotting the surveillance camera overhead, they pack up their gear and head off to find the next car to target. 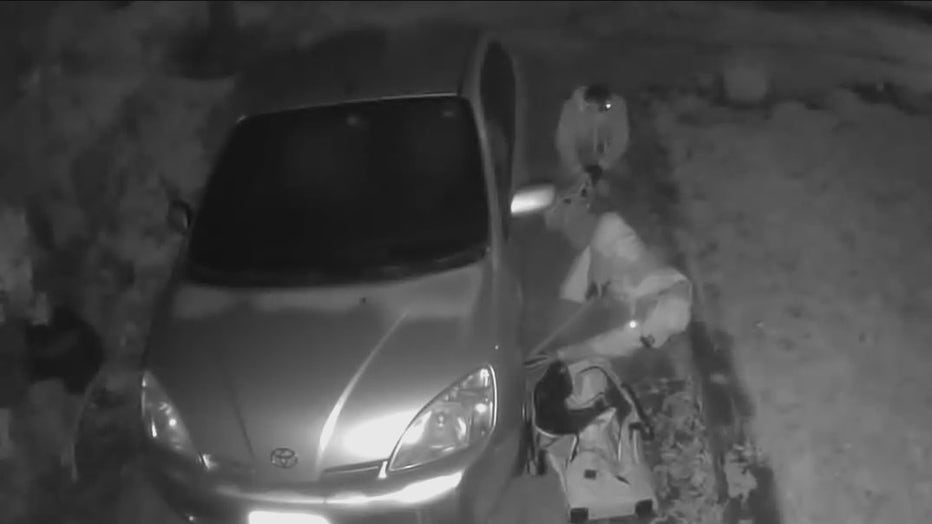 "Across the Puget Sound, we’re having a rash of catalytic converter thefts and Everett is no exception to that rule," said Aaron Snell with the Everett Police Department.

The Toyota Prius seems to be the prime target for most crooks catalytic converters. They also go after Ford F-250 and E-250 trucks with V10 Triton Motors.

At 5 p.m. in Everett this past Monday, police say a man looked out his window and saw someone jacking up his Prius.

"He went out and actually found someone beneath his Prius removing the catalytic converter," Snell said. "Fortunately, as the guy ran off, he was able to grab some pictures and the photos of the car and the suspect himself."

Police found the guy. They believe he’s behind several catalytic converter thefts in that area.

It’s become such a problem, Kent police put out this flyer with tips to prevent a catalytic converter theft. 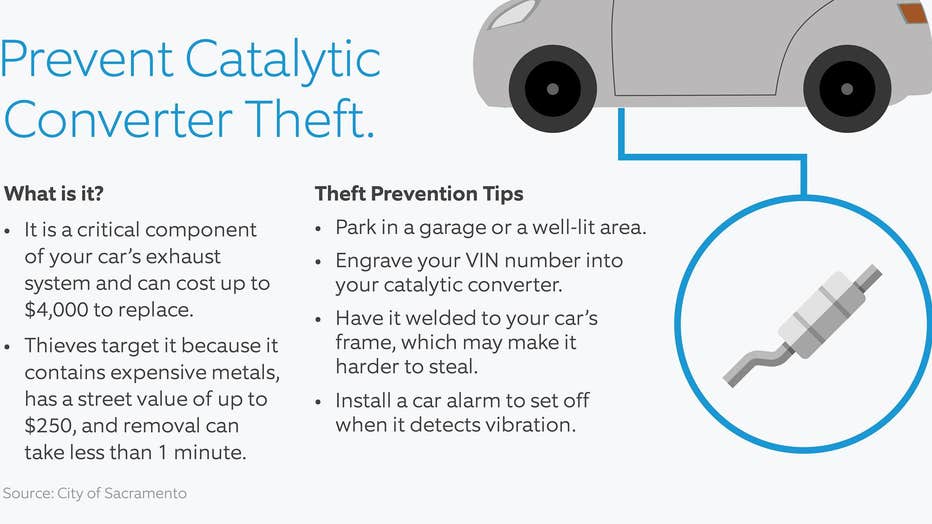 "Most of the time these vehicles are being lifted, especially when they’re smaller vehicles. And those alarms can go off that can help alert the victim owners," Snell said.

A few steps could be well worth avoiding the cost and frustration of having to replace a catalytic converter.