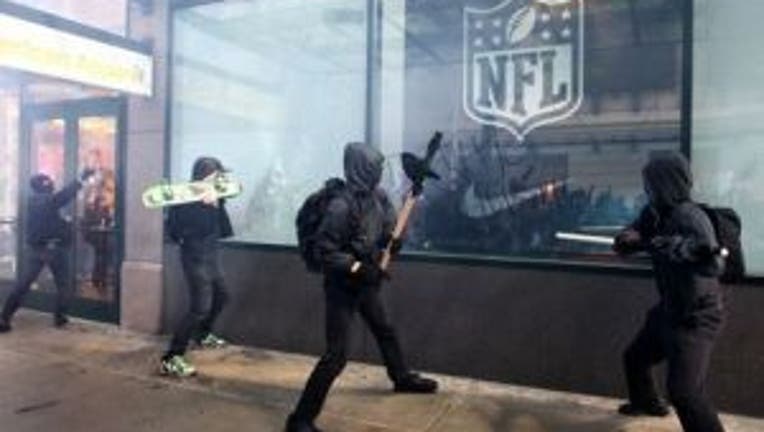 SEATTLE -- The focus on May Day protest is supposed to on workers and immigration rights, but another group, the Puget Sound Anarchists, are making it about capitalism.

The group of anarchists will be marching Wednesday at 6 p.m. and plan to gather at Seattle Central Community College at the corner of Broadway and Pine Street. The group's flyer for the march states it is "against capitalism, all nation-states and borders."

Last year during the May Day marches, anarchists were blamed for damaging store fronts and turning what was a peaceful march into chaos. Now, some nearby businesses in Capitol Hill  are worried about the rally becoming dangerous and while they hope for the best, they are expecting the worst.

The owner of Domino's on Broadway said he will be ready to videotape threats or attacks on his business. He has also warned employees to not obstruct the march and to keep their safety in mind.

There is no set route for the anarchists rally. We will be covering the marches and have updates throughout the day and night.