SNOHOMISH, Wash. -- A barbershop in Snohomish is operating outside the “stay-at-home” order and the owner says he’s doing so because of the sheriff.

On Saturday, a line stretched out the door of The Stag Barber and Styling in Snohomish.

Bob Martin has operated the shop for about five decades.

The former Marine says it’s something he did in the service, and opening the businesses just came naturally.

Martin says he closed his doors for about a month when the pandemic first hit. However, he says when money got tight, he opened back up in secret.

“I wouldn’t turn the lights on. I’d come in, cut their hair and lock the door,” he said.

He did this he says until he heard that Snohomish County Sheriff Adam Fortney is not enforcing the “stay-at-home” order.

On April 21st, Fortney posted to Facebook, saying among several things focused on COVID-19 and the state's response to the virus, that he would not enforce the order.

“Adam (Fortney), thank you. I’m going to go back to work,” said Martin.

He says people are coming from all over Western Washington not just for haircuts, but also to show their support, paying and tipping him double he said. 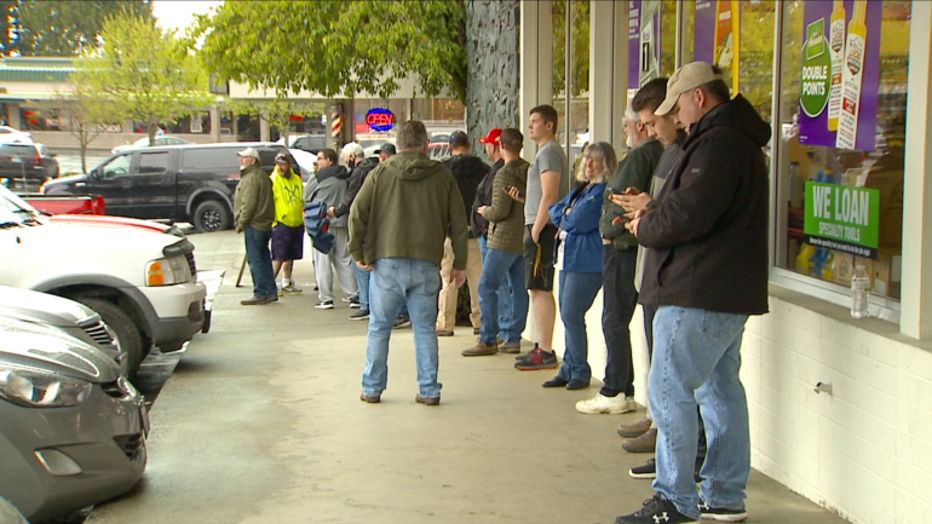 Martin says he has no plans of closing again.

“If they fine me, take away my license, or not renew it, I’m going to operate anyway. What are you going to do now? I don’t need a piece of paper to do what I’ve been doing for sixty years,” said Martin.

This act is in clear defiance of the governor’s order and what scientists say is needed to continue our progress.

Fortney refused to comment on this story. However, he said he might release a general statement later this week.

At a press conference following his original Facebook post, Fortney did say that he is not calling for open defiance.

Governor Jay Inslee on Friday announced a four-phase plan to re-open the state. Included in Phase 2, is allowing barbershops and hair salons to open.

However, at the very least that would not happen for several weeks.

Gov. Inslee's office told Q13 News on Monday that the state had receieved at least 140 complaints about the barbershop being open:

“Over the weekend the state received 140 complaints from residents about this business. It has been referred to the Department of Licensing, which will be reviewing the complaints for action including contact with the business and further enforcement as necessary.

“This business will be treated the same as any business the state has received complaints about. It will be determined whether they have violated the order; they will be contacted and asked for voluntary compliance; and if they refuse then enforcement actions will be considered.”