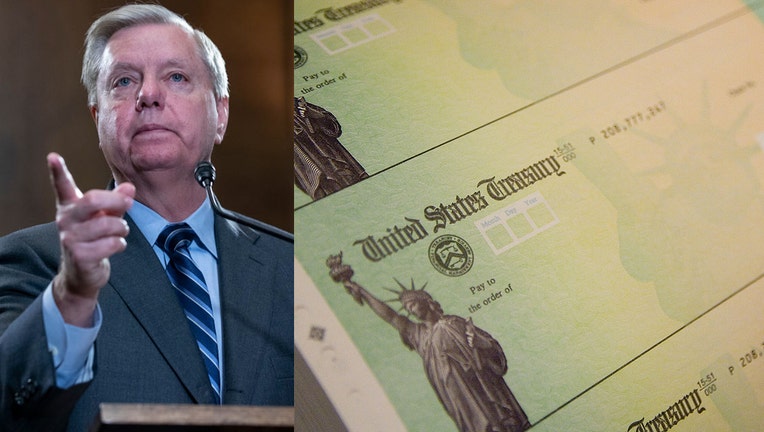 Trump and lawmakers on both sides of the political aisle called on the Senate to approve $2,000 direct payments, up from the $600 set to be dispersed beginning this week. But Mitch McConnell and other Republicans scuttled efforts for a standalone vote before the current session of Congress ends.

"With all due respect to my Republican colleagues, a $2k direct payment for individuals and families who are struggling is not socialism," Graham wrote on Twitter. "In my view it is necessary in the times in which we live."

McConnell and his allies argued that a proposed increase in the size of direct payments would further bloat the national debt and send money to American families without a dire need. He introduced a bill earlier this week that would tie any vote on $2,000 checks to a package that included a repeal of Section 230 and the establishment of an election integrity commission, among other GOP-backed initiatives.

McConnell doubled down on his stance  Friday while blocking last-minute attempts to call a standalone vote on the checks, arguing the package outlined by prominent Democrats "would essentially be socialism for rich people."

Graham pushed back on his Republican colleague’s stance.

"Going from $600 to $2,000 doesn’t make you a socialist," Graham added. "Mr. President, keep fighting for the American people who are suffering. Insist on a standalone vote."

The Senate’s Republican leadership drew the president’s ire after the upper chamber voted to overturn Trump’s veto of the National Defense Authorization Act. Trump called the vote "pathetic" and once again targeted Republicans for their failure to support larger direct payments.

"Now they want to give people ravaged by the China Virus $600, rather than the $2000 which they so desperately need. Not fair, or smart!" Trump tweeted.