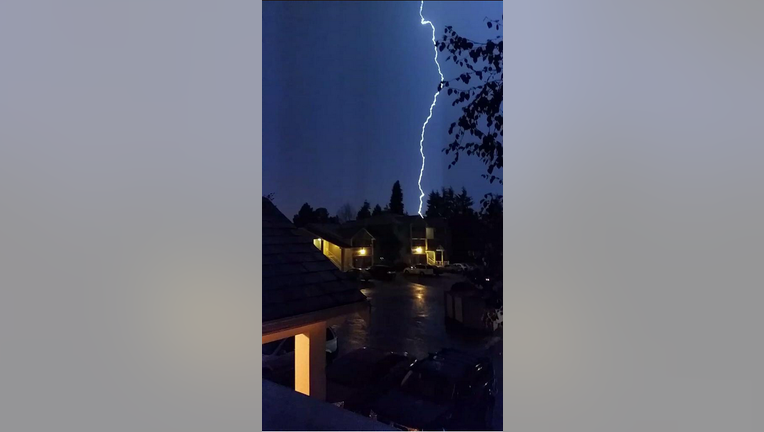 A lightning strike from a balcony in Everett Monday night. (Photo by viewer Jason Holden)

EVERETT -- Thunderstorms and lightning rolled through the north Puget Sound area Monday night, knocking out power to some.

Lightning and downpours were reported in Everett, Lake Stevens, Marysville and Arlington.

A Facebook user said, "I literally watched it (the lightning) blow up a transformer in Marysville. No power here. Pud has no idea when it will be back on. 1400 with no power."

No injuries were reported, and there were no initial reports of downed trees.

More thunderstorms are expected Tuesday afternoon and Tuesday night in the area.