SEATTLE -- Light snow could possibly fall Tuesday night and Wednesday morning in the San Juans, Whatcom County and areas near the Cascades, such as Enumclaw and Gold Bar.

But the National Weather Service said those areas could see less than a half-inch. 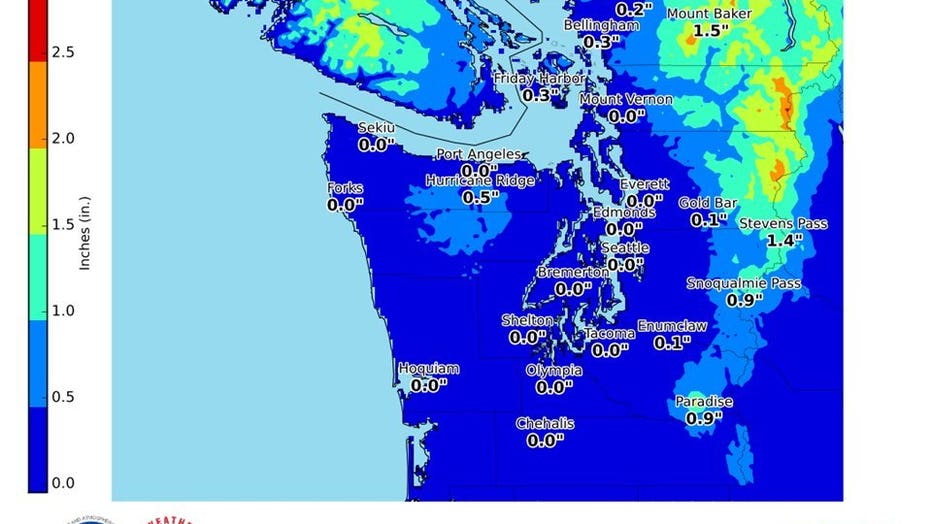 Most other areas will see a rain and snow mixture, but little to no accumulation is expected, the NWS said.

The lows Tuesday night were expected to be in the upper 20s to mid-30s, so roads could be slick.

The Washington State Department of Transportation said traffic was heavy on I-90 over Snoqualmie Pass most of Tuesday.  The Washington State Patrol says it responded to 119 collisions since Friday in north-central Washington. The majority were on I-90. Most were non-injury with a few minor injury collisions.