SEATTLE -- Imagine taking a train from Renton to Woodinville. How about from Wallingford to the airport? Those trips are possible on a hypothetical system recently released by the nonprofit Seattle Subway.

“You can’t do big things unless you want big things to happen and you’re willing to think about it,” said Seattle Subway Executive Director Keith Kyle about the map. 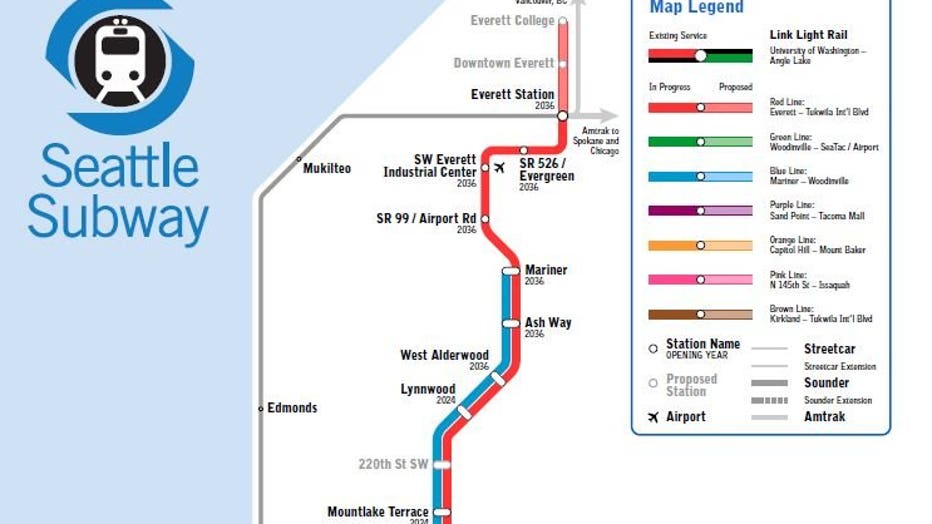 Seattle Subway is a nonprofit started by “transit nerds” in 2011. Their goal is their name: to build a Seattle Subway. Part of their efforts includes this “vision map” meant to show people what transit in the region could look like.

Right now the group is focused on making sure the work done on ST3 will be compatible with future expansions of rail.

“Like the new downtown tunnel. We think about what needs to happen with the new tunnel and how it can be built for expandability for what’s coming,” said Kyle. “In our mind, what’s coming next or at least part of that is about an Aurora Line and a Madison Line which are extremely high-value transit corridors.”

Kyle admits Seattle Subway is dreaming big with this map, but he believes this is a realistic dream.

“This is long-term, but…if people were already long-term thinking 40 years ago we’d all be riding around in trains,” said Kyle.