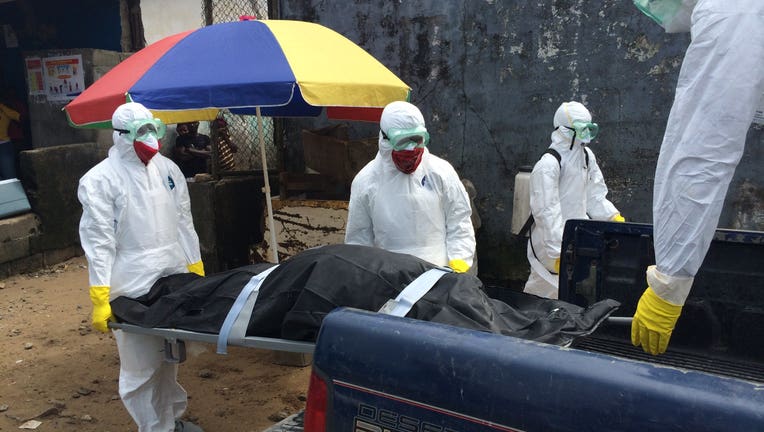 A team of workers from the Liberian Red Cross handle the management of dead bodies from the Ebola outbreak on September 22, 2014 in Monrovia.

LIBERIA (CNN) -- As the world reels from its worst Ebola outbreak, the nation hardest hit is declaring a shortage of body bags, which are crucial to preventing the spread of the deadly virus.

Liberia, one of three countries at the heart of the outbreak, said it has 4,900 body bags nationwide.

It needs 85,000 more in the next six months, the health ministry said in a statement.

A grim inventory of supplies shows body bags were not the only items lacking. It's also experiencing a shortage of other supplies needed to fight the virus, including protective suits, face masks, gloves and goggles.

It also needs about 1.2 million hooded overalls within the same time frame, but it only has 165,000.

The numbers highlight how unprepared Liberia is to fight Ebola, which has killed at least 2,458 people nationwide. Liberia is the country most affected by the outbreak. The World Heath Organization has said there has been under-reporting of cases in the nation.

Since the outbreak started in March, about 9,000 Ebola cases and 4,484 deaths have been reported mostly in Guinea, Liberia and Sierra Leone, according to the World Health Organization. More than half of the deaths have been in Liberia.

And the numbers are expected to skyrocket.

There could be up to 10,000 new Ebola cases per week in the three hardest-hit nations by the end of the year, according to the World Health Organization. It warned that things will get worse before they get better.

Liberia has some supplies arriving in the next week, but it says they are still insufficient. Items scheduled to arrive don't include body bags.

In addition to the three nations, a handful of Ebola cases have also been reported in Senegal, Nigeria, Spain and the United States.