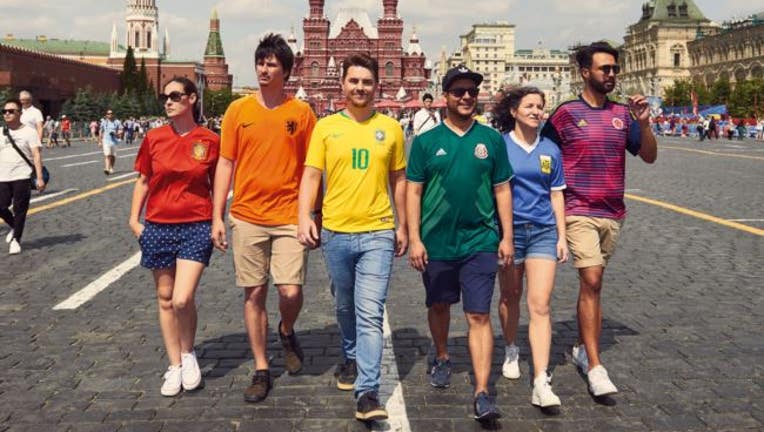 RUSSIA – A group of Russian activists found a way to protest Russia’s strict LGBTQ flag laws during the World Cup.

The activists walked around Russia in jerseys supporting their teams while sneakily displaying the colors of the rainbow flag to support LGBTQ rights. The group of six made the decision to display their makeshift “flag” because they say homosexuality has been “persecuted, sometimes even by jail sentences” in Russia, according to RadioFreeEurope.

The six created major buzz on social media as they walked around Russia taking daring pictures of themselves near Russian police officers and national monuments. 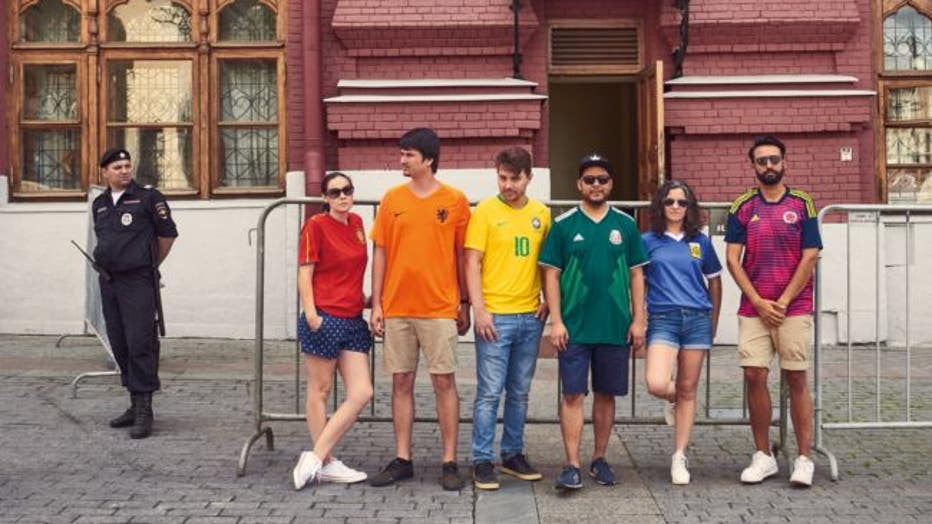 “We have taken advantage of the fact that the country is hosting the World Cup at the same time as Pride Month, to denounce their behavior and take the rainbow flag to the streets of Russia,” the group announced to RadioFreeEurope. “Yes, in the plain light of day, in front of Russian authorities, Russian society, and the whole world, we wave the flag with pride.”

Laws against homosexuality do not specifically exist in Russia but in 2013 the Russian Duma deemed it illegal to promote “propaganda of nontraditional sexual relationships” to minors. Meaning that any individuals in support of sexual preferences that were not heteronormative would face legal repercussions.

Images of the group were posted to Reddit on Monday. Most who have seen them have applauded the six for their powerful statement, but those who disagree with the activism effort disliked the group for their public actions in a country where they themselves are only guests.