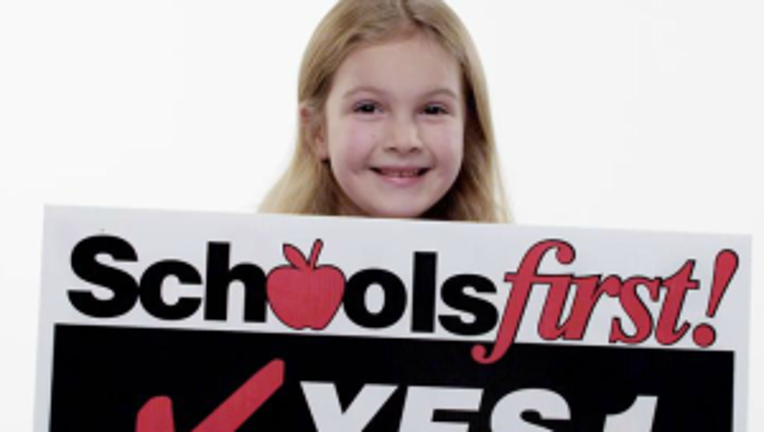 SEATTLE -- In Seattle and Tacoma, the push is on to get voters' attention.

Tuesday, the two cities will vote on education funding that some say is critical to keep some schools operating.

The Science and Math Institute at Point Defiance Park is one of the schools slated to be replaced with the new funds -- currently, it's not a single building, but a hodgepodge of 14 portable buildings. The building has only one restroom and no cafeteria, among other problems.

"In some of the classrooms the ceiling is falling down, cracks in the floor," SAMI student Christian Issac said. "Technology isn't always working and so getting this bond is really going to help us get a permanent space where we will be able to function properly.”

SAMI is one of 14 schools to be renovated or rebuilt if Tacoma’s $500 million Proposition 1 passes.

"It would be wonderful for them to really blossom in their learning and have state-of-the-art labs and to be using the park as a learning lab would be hugely important,” SAMI principal Kristin Tinder said.

The need is so urgent that school officials and volunteers manned a phone bank throughout the day, reaching out to voters with a personal touch -- that's how Superintendent Carla Santorno spent her Sunday.

"What we want the public to know is it's not just about those 14 schools, but it's going to renovate and update safety codes across the district (with) security cameras, water quality, air quality -- all those things,” Santorno said.

There are two propositions on Seattle's ballot. The city's Schmitz Park Elementary is slated to get a new $40 million building. It would be one of six "mega" elementary schools built to serve up to 650 students. The district said it needs the additional space for an expected 7,000 new students over the next decade.

Proposition 1 is a $500 million operations levy.

"For items like teachers, text books, athletics, arts -- the things that we really think of as basic for our kids’ education. A quarter of that funding comes from this levy,” School First spokesperson Greg Wong said.

And then there's the nearly $700 million Proposition 2 for construction.

"We've had a lot of enrollment growth in Seattle and we need to address that. Then we have existing schools that just need upkeep, earthquake safety upgrades, new roofs expanded, lunchrooms -- those types of things -- so without these funds it would be disastrous for our kids,” Wong said.

The Seattle levies are a renewal that will expire if voters fail to pass them. In Tacoma, voters haven't passed a bond issue since 2001 -- if Prop 1 passes, it will cost the average Tacoma taxpayer $58  a year.

Ballots must be postmarked by Tuesday.