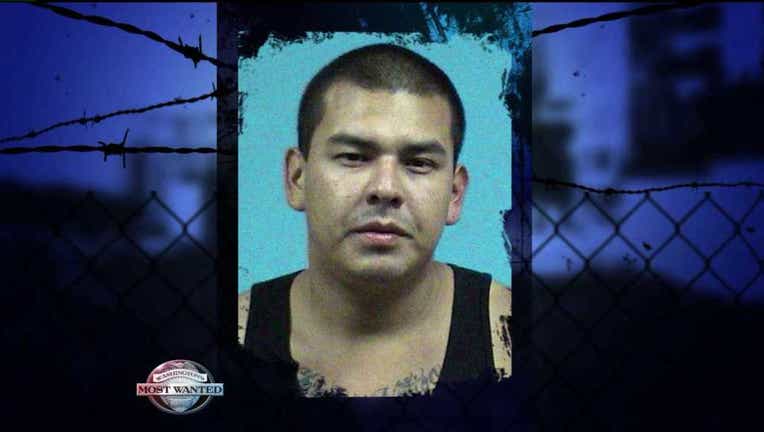 FUGITIVE CAPTURED Dec. 26, 2012 -- Leo Yallup has been caught and jailed in Idaho, booked into the Nez Perce County Jail the day after Christmas. FUGITIVE WANTED IN WAPATO Dec. 7, 2012 -- Police in the small Yakima county town of Wapato need your help hunting down a convicted felon accused in a violent home invasion, and detectives think he could be hiding on the Yakama Indian Reservation. Under the guise of a friendly visit, detectives say Leo Yallup and a thug buddy of his went inside a couple's home last month, and unleashed a brutal attack -- beating the man unconscious, then going at his girlfriend -- throwing a cell phone at her face, and hitting her in the arm with a stick. Detectives say her boyfriend was almost unrecognizable: Part of his skull around his eye was fractured, and he was kicked so hard in the face, he had a shoeprint imbedded in his cheek. After the attack, detectives say the two thugs stole the victim's TV, and his car, which was later found abandoned in Wapato. All those crimes has Yallup wanted for Armed Robbery 1st degree, Assault 2nd degree and Theft of an Automobile Here are the details on LEO YALLUP:

His thug buddy hasn't been identified yet, so if you can tell Wapato police who he is, or where Yallup is, call an anonymous tip into: CRIME STOPPERS: 1-800-222-TIPS You must call the Crime Stoppers hotline with your tip to be eligible to receive a cash reward for information leading to a fugitive’s arrest. CLICK HERE for information on how to TEXT A TIP to Crime Stoppers