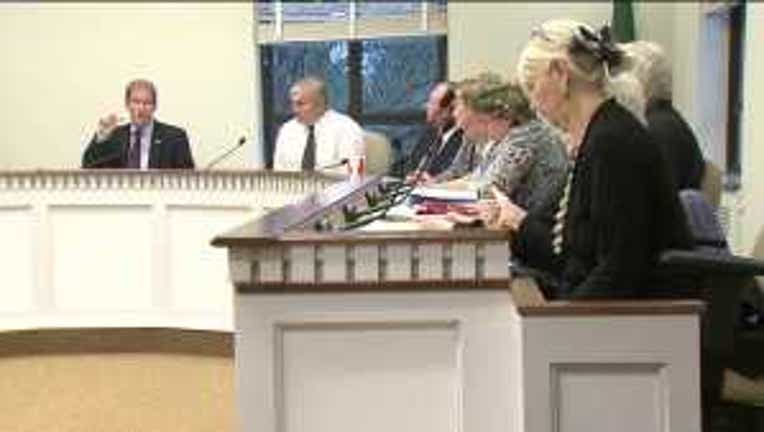 OLYMPIA -- The legalization of marijuana in Washington state takes effect Dec 6. But there are concerns about what it will mean for road safety and how police will enforce DUI laws when it comes to stoned drivers.

Under the new law, adults 21 and older will be able to legally possess an ounce of pot starting Dec. 6.

That's the question many in the Impaired Driving Working Group were asking during a meeting in Olympia Thursday night. The group includes members of the Washington State Patrol, prosecutors, judges and lawmakers.

Many say it is going to take a while to figure out the standard protocol of when to arrest a driver under the influence of pot and how to make that determination.

Under Initiative 502, which voters approved Nov. 6, drivers will be allowed to legally drive with up to 5 nanograms of THC, the active ingredient of marijuana, per milligram of blood. Based on some studies, that level is approximately equivalent to the state's 0.08 percent blood-alcohol level.

It is unclear how much marijuana one could smoke before reaching the 5 nanogram level, however.

Jackalyn Veltkamp said medical marijuana is her solution to a barrage of health problems, including multiple sclerosis and insomnia.

"I use it every night and it (THC) keeps stacking up and stacking up” in the body, said Veltkamp.

If Veltkamp were to be tested on any given day, she said, her THC level would be in the thousands of nanograms.

“One or two puffs, anybody would be over 5 nanograms,” Veltkamp said.

One nanogram equals one-billionth of a gram.

California’s pro-marijuana NORML organization said, “In the case of smoked marijuana, THC peaks rapidly in the first few minutes after inhaling, often to levels above 100 ng/ml in blood plasma. It then declines quickly to single-digit levels within an hour. THC can remain at low but detectable levels of 1-2 ng/ml for 8 hours or more without any measurable signs of impairment in one-time users.

“In chronic users,” it said, “detectable amounts of blood THC can persist for days. In one study of chronic users, residual THC was detected for 24 to 48 hours or longer at levels of 0.5 - 3.2 ng/ml in whole blood.”

Washington state Rep. Roger Goodman, D-Kirkland, who has led the way for stronger laws on drunken driving, said he has heard about the concerns "as to how reliable this 5 nanogram is. There is not much science behind it so I'm expecting challenges in the future.

“But in the meanwhile,” he said, “it is the law; we will just have to comply with it. We just need a lot more information about how it is going to be implemented.”

Goodman is expecting challenges to the 5 nanogram rule by  defense attorneys who say the threshold is too low.

“There is not a lot of research on this, so it will be an interesting ride, so to speak,” said Goodman.

Washington State Patrol Lt. Rob Sharpe said it’s too early to tell if there will be more impaired drivers. “It is possible, but we don’t know what to expect,” he said.

Sharpe said his officers are adequately trained to pick out the signs of impairment, whether it is drugs or alcohol.

But Veltkamp is convinced medical marijuana users will get caught in the web of uncertainty.

“I know a friend who stopped smoking for a week and a half, got tested, he was 125 nanograms,” said Veltkamp.

She noted that pot affects people differently, adding that it’s hard to gauge when someone is too stoned to drive.

Goodman said he is planning to possibly draft  legislation that could give added protection to medical marijuana users.  He will also hold future hearings to gather more information for the public and legislators.