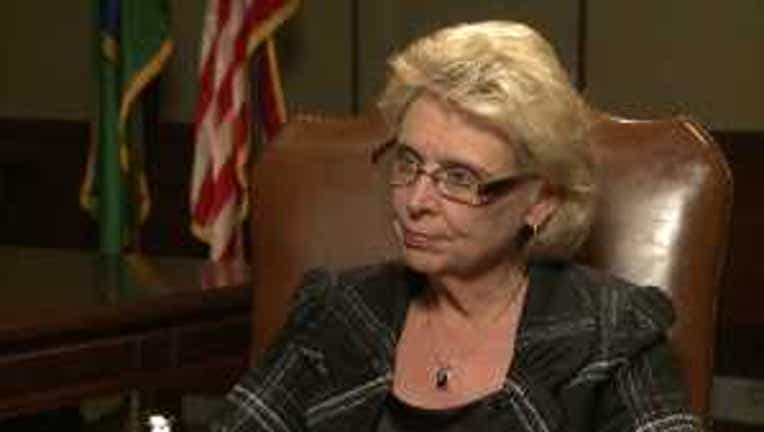 SEATTLE -- It's been eight years. But now, Gov. Christine Gregoire is ready to move on.

And as Gregoire closes her tenure as Washington state's governor, she is reflecting on what she did and didn't get done during her two terms in office.

Gregoire said she breaks her time in the Governor's Mansion up into two parts. There was the first term when things were flush and spending was up. Then there was the second term when the economic downturn hit and huge cuts had to be made, unraveling most of what she accomplished up to that point.

"I look back, particularly over the last four years, and I ask myself, 'what would it have been like had we been in a decent economic time?'" she said.

Still, she thinks Washington state came out of a tough time in a strong, enviable position.

"We came out strong," she said. "We came out, you know, better than most."

One of her proudest accomplishments as governor, she said, was the fact that the Department of Early Learning was created and improved drastically during her tenure.

"The Department of Early Learning that we created is now ranked by Harvard as one of the most innovative in the country," Gregoire said.

"Most recently because of how personal it was, the night of R-74 and the election, to look out at the span of people and to realize finally, finally for many of them, equality," Gregoire said.

Among her biggest regrets, Gregoire said she is disappointed she didn't do more to clean up the area from pollution.

"I really had hoped that we could do a whole lot more than we got done in the clean-up to Puget Sound," Gregoire said. "And I think part of why we didn't get it done was because of the recession."

Now, after decades in state government, Gregoire doesn't know what's next. At the very least, she knows she will step aside from Washington state politics.

She also has heard her name floated around for a job in President Obama's cabinet, though she hasn't heard anything directly from his president.

"I hear I'm on five different short lists," she said. "So I kind of ask myself, 'why am I on all these shortlists?' People must be thinking I need something to do or something... But I haven't had any talks with the President."