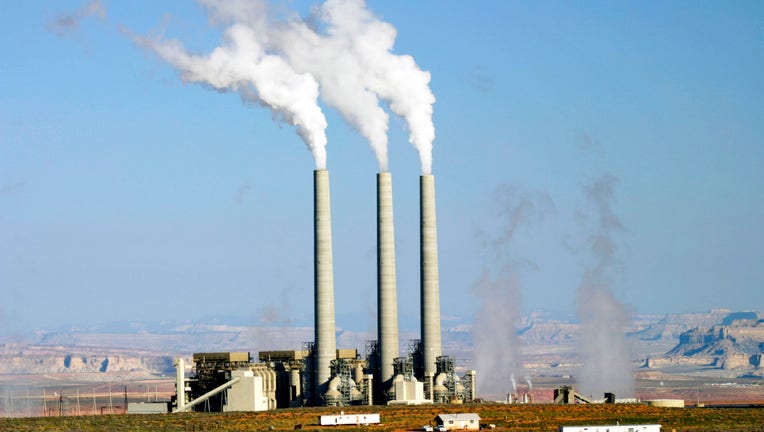 In a statement, President Biden called the ruling "another devastating decision that aims to take our country backwards."

"Since the Clean Air Act was passed by a bipartisan majority in Congress in 1970, the landmark law has enabled both Democratic and Republican administrations to protect and improve the air we breathe, cutting air pollution by 78 percent even as our economy quadrupled in size," said Biden. "Yet today’s decision sides with special interests that have waged a long-term campaign to strip away our right to breathe clean air."

Washington Gov. Jay Inslee said Thursday that the U.S. Supreme Court "took a wrecking ball" to the ability of the federal government to limit pollution and said that states must redouble their efforts to address climate change.

"The federal government now is going to be much less effective in restraining pollution, which means more of that burden is going to be on our shoulders," said Inslee. "Washington state is not going to allow climate change to swallow our state."

Rep. Pramila Jayapal (D-WA) said, "Climate change is at a crisis level. At a time when we're seeing historic droughts, flooding, wildfires, and heatwaves, this decision from the extremist and radical Court will only put our communities in greater danger."

Jayapal and other House Judiciary Democrats called the decision "reckless" and said it "invites spurious and politically motivated legal challenges."

"The Court’s decision undermines nearly 40 years of precedent and could erode the federal government’s ability to enforce longstanding, landmark legislation like the Clean Air Act. This is nothing short of a power grab by the conservative wing of the Supreme Court, and a blatant attempt to impose a deregulatory agenda via judicial fiat—one that voters have rejected time and again at the ballot box. In sum, the Court has created significant uncertainty and weakened the stability of the rule of law," wrote Jayapal, Jerrold Nadler (D-NY) and David N. Cicilline (D-RI).

Republican Sen. John Braun said Thursday’s opinion was "about the rule of law."

"It is up to Congress to authorize new regulations that the EPA has been implementing on its own, especially regulations that carry billions of dollars in economic ramifications," he said in a written statement. "Executive-branch officials don’t get to do this themselves. It’s entirely appropriate for the Supreme Court to reinforce the separation of powers between the branches of government."

"Today’s ruling is yet another example of Republican-backed Justices rewriting the law to fit a far-right extremist agenda that is deeply out of touch with the mainstream American public—the consequences of this decision belong to every Republican politician who fought to appoint these judges," said Sen. Patty Murray. "With the Clean Air Act and the measures since, Congress passed laws ensuring our communities had clean air to breathe and protecting our environment. The Court takes the place of Congress and the Executive Branch in how it can and can’t fight climate change. This deeply harmful ruling underscores the urgent need for Congress to pass a bold climate plan—I’m fighting as hard as I can to deliver a landmark investment in climate action and clean energy to President Biden’s desk as soon as possible."

Rep. Dan Newhouse said the decision is a "win for rural America," praising that representatives will once again be in charge of managing environmental policy.