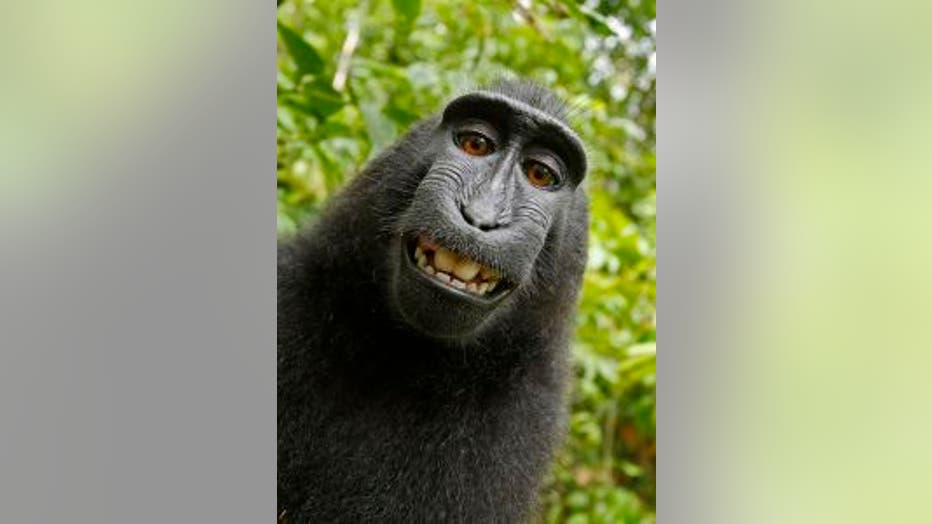 One of the disputed "selfies" taken by a monkey. (Photo: Commons.wikimedia.org)

SAN FRANCISCO -- A macaque monkey who took now-famous selfie photographs should be declared the copyright owner of the photos, rather than the nature photographer who positioned the camera, animal-rights activists contend in a novel lawsuit.

The suit was filed Tuesday in federal court in San Francisco by People for the Ethical Treatment of Animals.

The suit seeks a court order allowing PETA to administer all proceeds from the photos for the benefit of the monkey, which it identified as 6-year-old Naruto, and other crested macaques living in a reserve on the Indonesian island of Sulawesi.

The photos were taken during a 2011 trip to Sulawesi by British nature photographer David Slater, who says the British copyright obtained for the photos by his company, Wildlife Personalities Ltd., should be honored worldwide.