LOS ANGELES — Organizers of a Northern California food festival where a gunman killed three people and wounded 13 others didn't consider the risk of an active shooter, according to a lawsuit from five injured victims.

Santino William Legan cut through a fence at the annual Gilroy Garlic Festival on July 28 and opened fire with a rifle, authorities said. The FBI has not determined a motive, saying the 19-year-old appeared to be interested in conflicting violent ideologies. It has opened a domestic terrorism investigation.

The lawsuit says the Gilroy Garlic Festival Association used an outdated contract with its security provider that did not include modern-day risks to large public events or plan for worst-case scenarios for a festival that attracts 100,000 visitors over three days.

The victims assert that the festival's security was "grossly deficient" because the fence was "flimsy" enough that Legan could cut through it. They also say festival organizers did not have enough trained security personnel and did not review possible threats or security issues at the park beforehand.

The plaintiffs' attorney, Randall Scarlett, said the festival failed to follow federal guidelines for securing outdoor venues, but it was not immediately clear which recommendations may not have been followed. 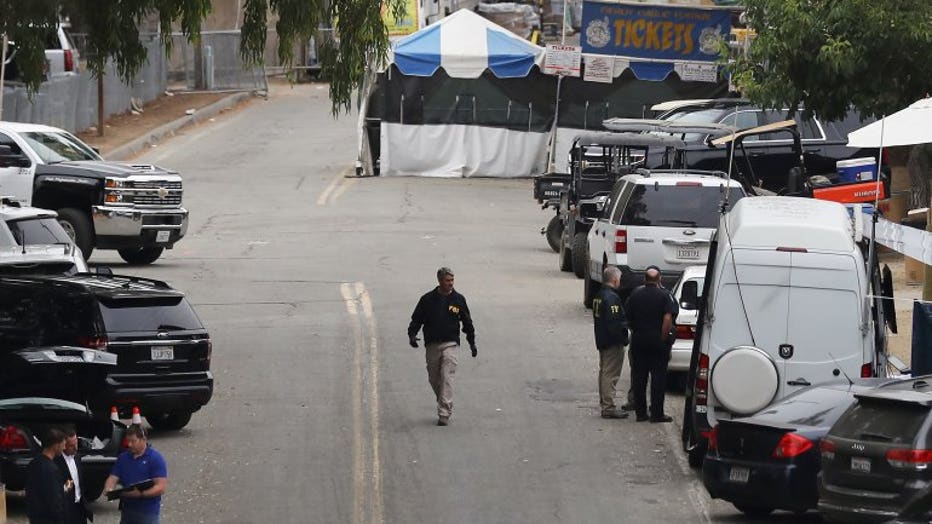 GILROY, CALIFORNIA - JULY 30: An FBI agent (C) walks near a ticketing booth for the Gilroy Garlic Festival two days after a mass shooting there on July 30, 2019 in Gilroy, California. Three victims were killed and at least a dozen were wounded before

The festival had a fence, metal detectors, a bag search and police patrols, officials said. Three officers quickly confronted Legan, who killed himself.

The Gilroy Garlic Festival Association said the lawsuit wasn't unexpected and that it would "respond through the appropriate legal channels."

The lawsuit, which seeks unspecified damages above $25,000, was filed late Monday in state court against the nonprofit association, the festival's security contractor and 100 unnamed defendants.

One of the victims, Wendy Towner, said Tuesday that she spent weeks in the hospital after being shot. She walks with a cane and has a brace on her leg.

"I don't know what medical bills we're going to have in the future and what surgeries we might need," she said at a news conference at her lawyer's San Francisco office.

While medical costs for each victim are "millions of dollars each," Scarlett said his clients are more concerned with the safety of future events than a monetary award.

Scarlett said he also is preparing a government claim, the precursor to a lawsuit, against the city of Gilroy.