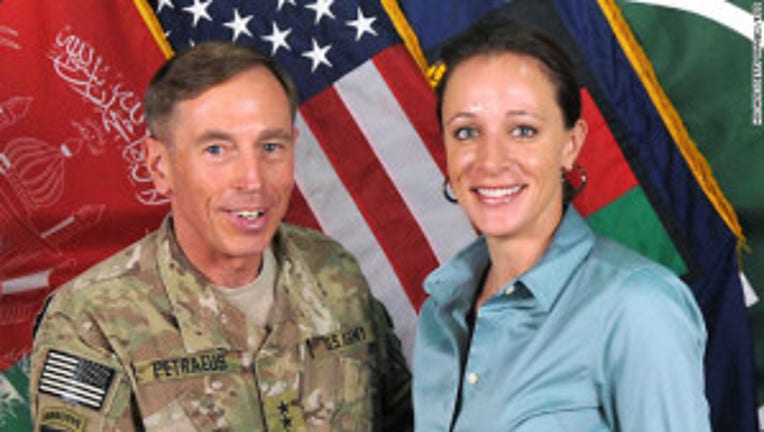 (CNN)- The top Republican on the House Homeland Security Committee said Sunday that the length of the FBI's investigation into David Petraeus' extramarital affair raises serious questions about the government's response to potentially comprised intelligence.

Rep. Peter King, who made the remarks on CNN's "State of the Union," joined Democratic Sen. Dianne Feinstein, the chairwoman of the Senate Intelligence Committee, in expressing concern over how the FBI and other federal agencies handled the investigation into the former CIA director’s affair, and specifically why members of Congress with oversight over intelligence and homeland security weren't briefed on the discoveries.

"I have questions about the whole matter," Rep. Peter King told CNN chief political correspondent Candy Crowley, pointing to reports that the Obama administration first learned of the affair in a phone call from the FBI to Director of National Intelligence James Clapper at 5 p.m. on election night.

The FBI discovered Petraeus' affair during an investigation into a complaint that his biographer, Paula Broadwell, was sending harassing e-mails to another woman close to the retired four-star general, a U.S. official said Saturday.

During the investigation, other communications surfaced between Petraeus and Broadwell, a married mother of two, according to the official.

On Saturday, questions arose about why congressional leaders were not informed of the investigation immediately.

According to a congressional aide familiar with the matter, the House and Senate intelligence committees weren't informed that there was an FBI investigation into Petraeus until Friday.

Feinstein said on “Fox News Sunday” she wished intelligence officials had briefed her and other members of her committee earlier in their investigation.

“We received no advanced notice. It was like a lightning bolt,” Feinstein said, adding she thought the Petraeus affair was “something that could have had an effect on national security.”

“I think we should have been told,” the California Democrat said.

"It just doesn't add up," King, R-New York, said on CNN. "You have this type of investigation. The FBI investigating e-mails, the e-mails leading to the CIA director, and taking four months to find out that the CIA director was involved. I have real questions about this. I think a timeline has to be looked at and analyzed to see what happened."

The president should have been alerted far sooner if sensitive information had been compromised, King said, particularly since the investigation involved the nation's top intelligence chief.

"Obviously this was a matter involving a potential compromise of security, and the president should have been told about it at the earliest state. That's really all I'm saying."

The resignation also comes days before Petraeus was slated to testify before the Senate Intelligence Committee about the September 11 attack on the U.S. Consulate in Benghazi, Libya. The attack, in which four Americans were killed, became a point of contention during the presidential campaign.

On Friday, King said on CNN's "Erin Burnett OutFront" that Petraeus is "an absolutely essential witness, maybe more than anybody else."

"David Petraeus testifying has nothing to do with whether or not he's still the CIA director, and I don't see how the CIA can say he's not going to testify," King said.

Sen. Robert Menendez, a Democrat from New Jersey, dismissed any questions about the government's investigation into Petraeus' e-mails, saying he didn't "see a conspiracy behind every curtain."

"It seems that the chain of events is pretty clear," Menendez said on "State of the Union."