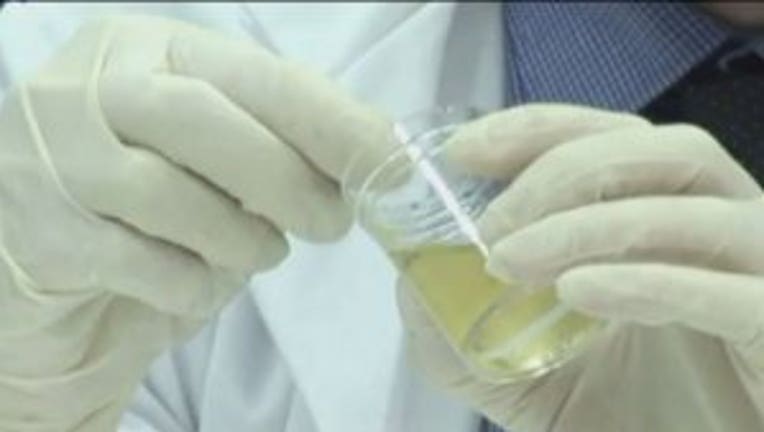 OLYMPIA -- There’s a movement by lawmakers in Olympia to drug test welfare recipients before they receive their money.

There are about 40,000 families on welfare here in Washington, collecting roughly $15 million year. Supporters of drug testing bill proposed in the Washington state Senate said they are trying to add some accountability to the system.

“We shouldn’t be using public money to support illegal drug habits,” said Sen. Don Benton, R-Vancouver, the prime sponsor of the bill.  “Many citizens have said this to me, why should I have to take a drug test to keep my job, when folks that don’t even have a job get money for free from the government, and they don’t have to take one?”

The state’s average welfare benefit, called TANF – Temporary Aid to Needy Families – is $375 per month.  Under this proposal, if a caseworker suspects a drug problem, recipients are tested. If the result is positive, they would lose that money - unless they went to treatment and stayed clean.

“If we are going to get these people back to work, they’re not going to be able to retain or to get a job if they have a substance abuse problem,” said Jan Angel,R-Port Orchard, a strong supporter of the measure.

State Senator Jeannie Darneille argues the bill is unfair to those are who are down on their luck and struggling to get by.

A hearing Thursday focused on the scope of the drug problem among welfare recipients. Opponents of testing sai it’s just a small fraction, less than 1%, and a system is already in place to help them.

“It is in fact a much smaller percentage of the TANF population that shows chemical dependency problems than the general population,” said Bob Cooper of the Washington Defender Association.

“The propensity of drug abuse increases when people are experiencing desperate times,” he said.  “I think that’s a common sense logical conclusion.”

Currently, there are seven states that require drug testing of welfare recipients.