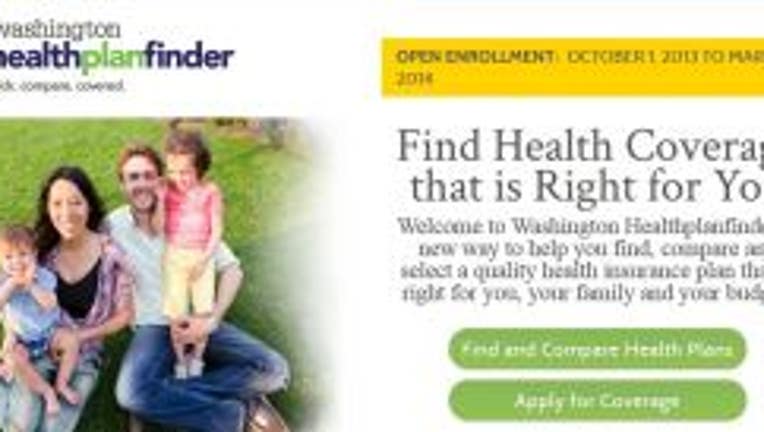 OLYMPIA -- The Washington state insurance exchange had a surge of last-minute enrollments in the last few days before the health coverage enrollment deadline.

Anyone who wanted have private health plan coverage that would go into effect Jan. 1 had to sign up before the Dec. 23 evening deadline.

Exchange officials say more than 65,000 people have signed up for health care coverage since Oct. 1, while another 69,000 applicants have signed up but still need to make payments to complete their enrollment.

Of the 50,000 individual users who visited wahealthplanfinder.org on Dec. 23, Exchange officials say 10,000 people of those people enrolled in private plans.

The Exchange recently announced that residents who have made an effort to receive health coverage through the website before the Dec. 23 deadline, but who were unable to complete their applications, will have additional time to enroll in coverage that begins Jan. 1.

People have until the open enrollment period ends on March 31 to sign up for insurance to avoid penalties under the federal Affordable Care Act.