LAS VEGAS, Nev. -- Not long after shots were fired into a crowd of concertgoers, Las Vegans were lined up before even the sun came up Monday morning.

“One guy was sitting down to take blood at 2 o'clock in the afternoon. He started waiting in line at 3 am,” long time resident Jack Valencia described. "He was there for eleven hours before he got to a chair to start giving blood."

Hope and healing for Las Vegas

Hope and healing for Las Vegas

Hundreds of people donated blood and personal belongings to the victims and volunteers. 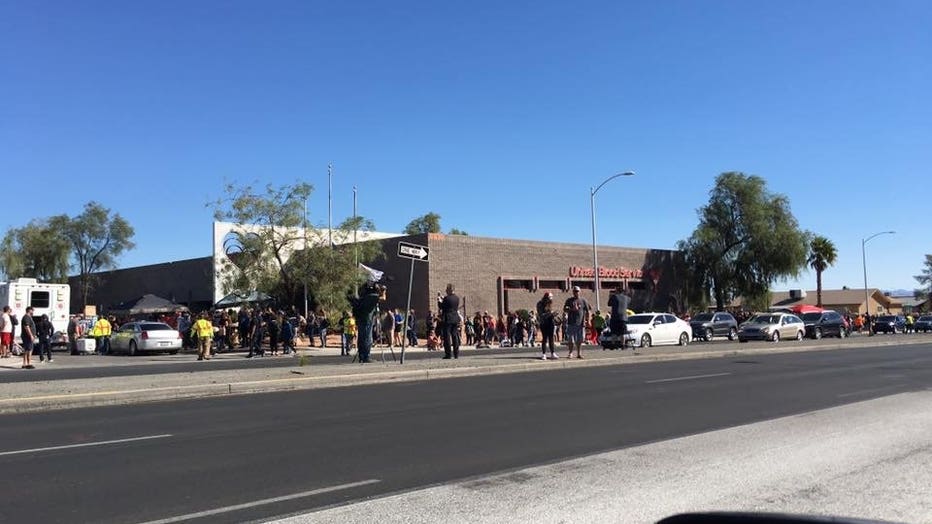 Valencia, who often works near the resort property was choked up just describing the scene.

"You go stand in line and its like everybody--I don’t care what color you are--no one is talking politics, no one is talking colors," said Valencia who waited in line for over an hour to donate in Henderson before a mobile blood bank was overwhelmed by donation. "We're talking about 'How I can help here?' and get this thing back together." 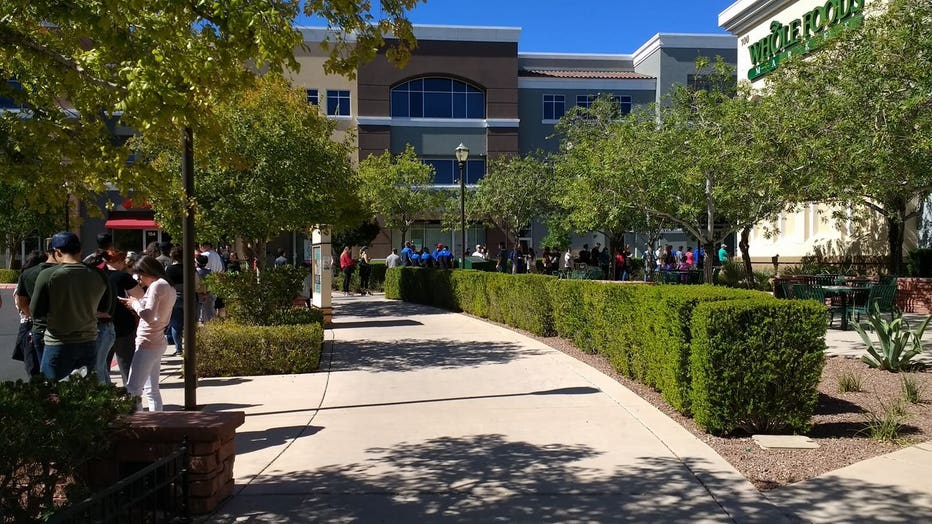 The donors flooded blood bank parking lots and filling chairs until County Commissioner Steve Sisolack told the media in a press conference that they couldn’t handle any more donations at the convention center.

“We have been deluged with donations. People bringing sandwiches, bringing water, bringing blankets--those sorts of things." 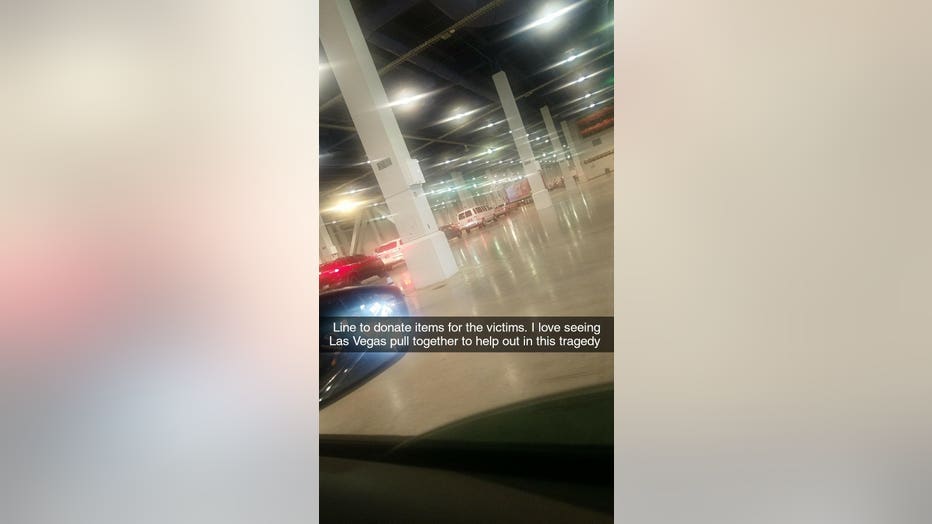 The support, overwhelming to witness for some residents who have never seen the city rally quite like this before.

"I mean you're talking about a city that has so many transplants from other cities – even countries, said local resident Jake Duran. "Everyone just came together like it was nothing.

Duran and his wife saw the need and dropped everything to donate items right out of their house.

"Just to see everyone together donating food, water—there were even dogs--people came just to bring their musical instruments just to entertain the massive lines of people," said Duran. "Everyone was just nice to each other for once and it was a beautiful thing to see."

Duran, one of many who have been blown away by the complete kindness of others.

"Its kind of hard to live here sometimes because everyone thinks everybody is a tourist. No one wants to be friendly with anybody," said Valencia.  "What we've shown yesterday and today is—"We don’t care where you’re from. We’re all family and we’re going to take care of each other...we’re going to be a hell of a lot stronger after this."

"I saw a lot of police cars show up and a lot of guys bailed out with long rifles and because they couldn’t get any closer and started running towards the scene," said Detective Ed Troyer.

Troyer, who works for the Washington's Pierce County Sheriff's Department, was in town for an unrelated conference on the strip and helped babysit abandoned police cars as first responders ran to help. 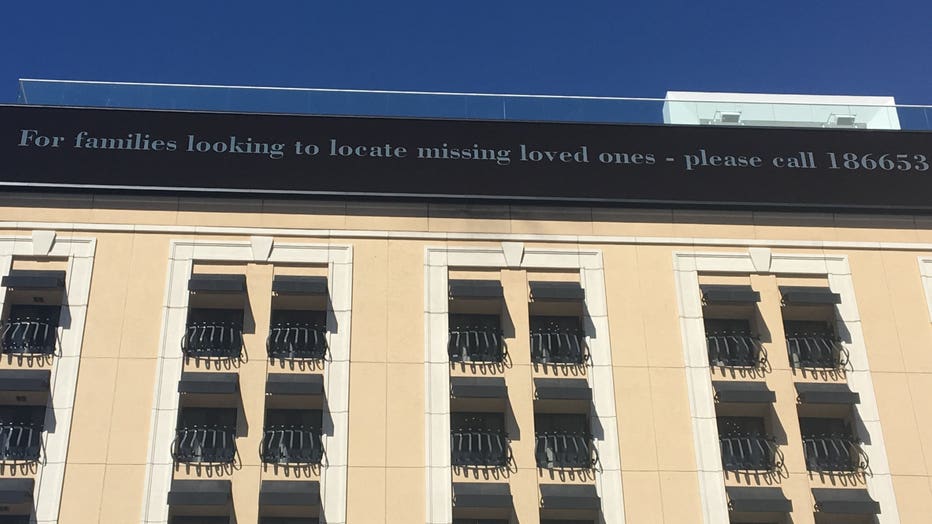 "There was obviously people running, people distraught, people upset," said Troyer who was on the opposite side of the Strip during the shooting--but still saw people covered in blood.

"We had a thousand people—I guess you could call them refugees--from the concert, the Mandalay Bay or they couldn't get into their hotels--that were and the hotel did a great job of bringing pillows and blankets," described Troyer. "There must have been a thousand people sitting in conference room hallways and floors overnight." 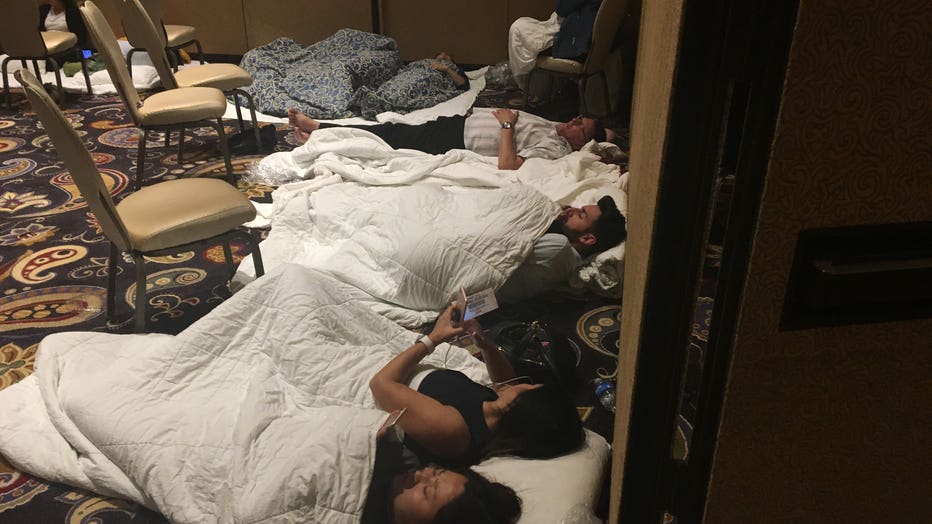 Instead of advertising shows Monday evening, strip properties shared signs of gratitude for the first responders or contact numbers for how families could locate missing loved ones. 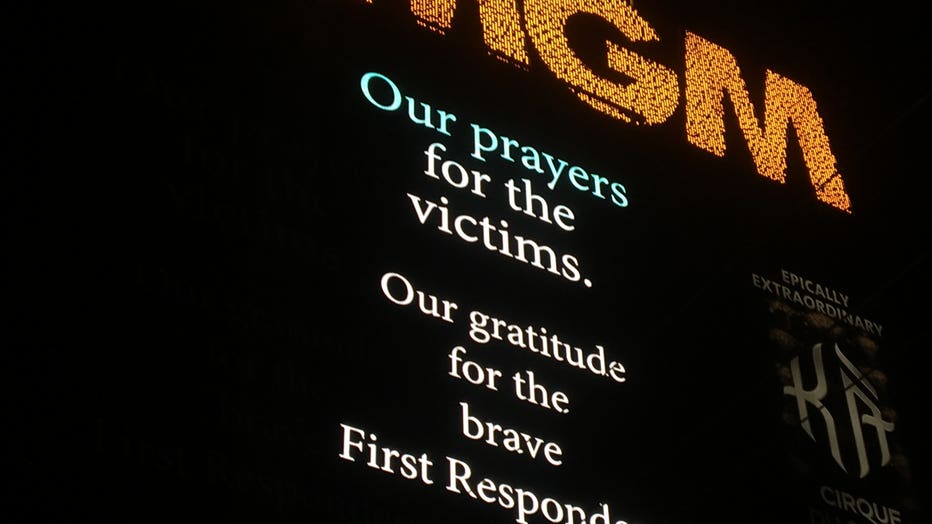 “I was really impressed with how many police cars, ambulances, medics, fire trucks and--such a coordinated response," explained Troyer. "I cant believe how well the people and the citizens behaved in an orderly fashion, even though there were 20,000-plus people that had run from the stadium. You could see them all over the roads and in tears."