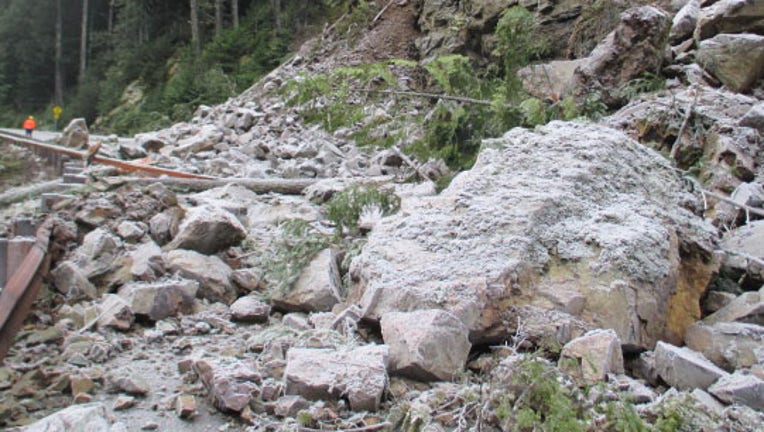 This rockslide covers about 300 feet of State Route 20 (North Cascades Highway) east of Milepost 142, near the Whatcom/Skagit County line. The slide is east of where the gate is normally closed to vehicle traffic for winter. (Photo: WSDOT)

SKAGIT COUNTY -- A large rockslide has covered about 300 feet of the North Cascades Highway east of Milepost 142 and that area will be closed to cross-country skiers, snowshoers and snowmobiles so that workers can remove the blockage, the state said Wednesday.

"The North Cascades Highway is closed for the season due to heavy snow and avalanche danger," the Washington State Department of Transportation said on its website.

"Starting Monday, Jan. 5, 2015, the highway also will be closed to winter sports between mileposts 134 and 143 due to a rockslide.

"Crews clearing the slide will keep the highway plowed to get equipment to and from the site for about a month. Clearing the slide at this time will allow for a timely highway opening in spring 2015," WSDOT said.