SEATTLE - The South Sound and parts of the coast have seen the wettest first four days of January on record - and it's still raining!

In Seattle, the 2.83 inches of rain recorded for the first four days of January 2021 make it the third wettest start to January on record. The current record is 3.34 inches set in 2007.

As of 10 a.m. Monday (Jan. 4), Hoquiam is at 58 percent of their average January rainfall. Seattle and Olympia are at 51 percent and 47 percent, respectively.

The heavy rain and mountain snow - which will continue until Wednesday - are forcing road closures and mudslides throughout the Puget Sound region and making pass travel challenging. The mountains got more than 50 inches of snow last week alone!

Click here for a map of affected roads in King County.

Four rivers are currently at flood stage, bringing floodwaters to low-lying and flood-prone areas like the Snoqualmie Valley. 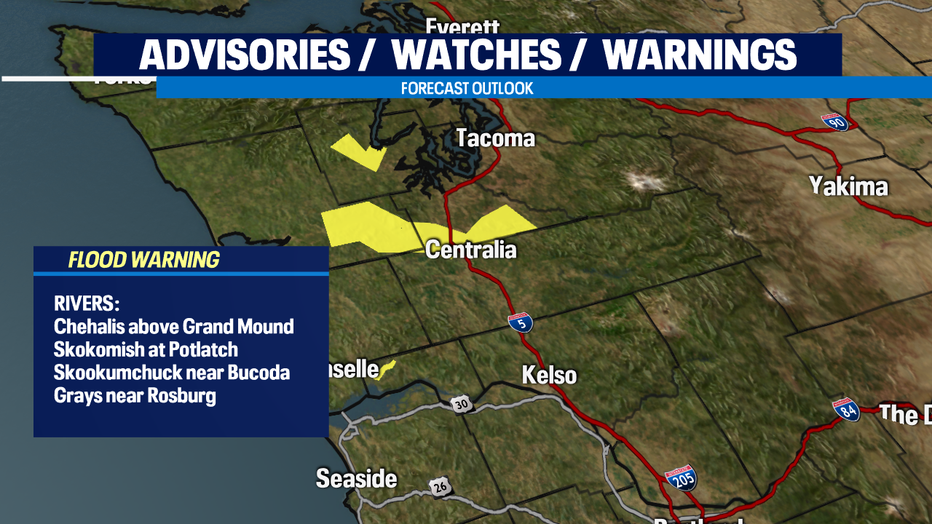 The Sounder North commuter train between Everett and Seattle is suspended until Jan. 6 because of a mudslide on the tracks, while another mudslide on U.S. 2 east of Leavenworth caused the highway to be closed for a couple of hours. 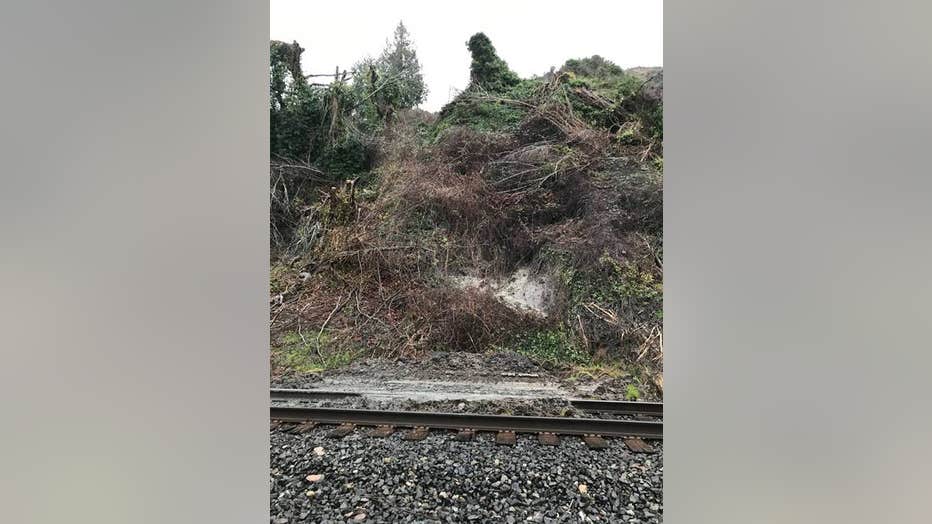 Photo of mudslide on BNSF train tracks after days of heavy rain. The slide has forced the cancellation of the Sounder train between Everett and King Street Station. (Photo courtesy BNSF)

When will we see some relief? Not as soon as we'd like. There's another big rain- and snowmaker expected to reach Western Washington by Tuesday afternoon. We should dry out by Wednesday afternoon and stay dry on Thursday.