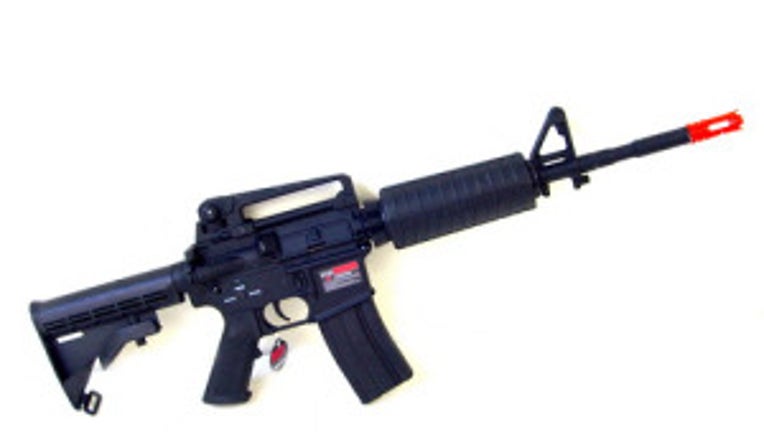 OLYMPIA -- A Thurston County landlord was taken into custody Monday after tenants alleged he shot up their home with a pellet gun and damaged their front door with a chainsaw, the Thurston County Sheriff's Department said.

Thurston County sheriff's deputies arrived at the tenants' residence at 3 p.m. Friday when they received calls that a landlord was intoxicated and banging on the front door of a home in the 8000 block of 153rd Avenue SE in Tenino, Wash. Police arrived to find a bullet hole in the tenant's television. One of the tenants at the home also alleged his landlord was drunk and shot him in the back with the gun multiple times. The tenants left after the incident, but when they arrived home, they found their gate locked and their washing machine broken. It also appeared someone took a chainsaw to their front door, police said.

Police were not sure why the landlord allegedly attacked the tenants.

The 35-year-old landlord was taken to the Thurston County Jail Monday on suspicion of first degree burglary, third-degree assault, second-degree malicious mischief and first-degree unlawful possession of a firearm.

He has a history of mental instability, the Olympian reported.